The month of love is almost here. Therefore, I thought I’d tell you a few anecdotes about my days of singledom, and having people all up in my love life (or the lack thereof).

Over the last few years, I’ve gone from being asked, “Why are you single?” to “When are you two getting married?” (I keep reminding my boyfriend that it’s a leap year, so I am well within my rights to ask him to marry me, and I think he’s nervous because he’s not sure whether I’m kidding or not).

“Why are you single” – a nosy person

Okay, back to my single days. I was single for a long time. There were guys here and there who seemed promising but turned out not to be. It didn’t really bother me, because I was happy on my own, living in my cheery clutter box.

However, it did bother the people around me because people kept asking why I was single – seeing as I’m such a catch (yes, I am, I’m confident enough to say that).

What kind of a question is that anyway? I know it’s probably not meant as malicious, but it hurts because it feels like another way of asking, “So, what’s wrong with you that I don’t know about yet?” However, do not be distressed next time you get asked this question, dear reader, because I have the perfect response. Just say, “I’m over-qualified,” smile and then walk away.

Before I had the perfect answer for the above question, I’d just stand there and lift my shoulders like “what you gonna do?”. After that, the person would 90% of the time say “Don’t worry, we’ll find you a boyfriend.” I have two problems with that statement. Firstly, (except for about two friends) I wouldn’t trust most people to order food for me at a restaurant, not to mention a life partner. Secondly, it made me go into ‘feminist mode’ that people think you need another person or boyfriend to make you happy.

I used to have friends try to set me up with people. I know that it came from a good place, but seriously, they don’t know my taste. I’m a nerd and I’m (now) happily paired with a fellow (super smart) nerd. Anyway, so they’d try to set me up with these party animals or people who have zero interests. People take the “opposites attract” proverb too far – and I never believed in it anyway.

I have always found ambition so attractive. There’s this quote about ambition in the Duchess of Malfi (a play) and I’ll never forget it. It says “Ambition is a great man’s madness” (Antonio). That’s such a great description – the desire to better yourself, have goals and dreams, a passion for something. If you don’t have that, you don’t have much. But luckily I found my ‘mad man’. 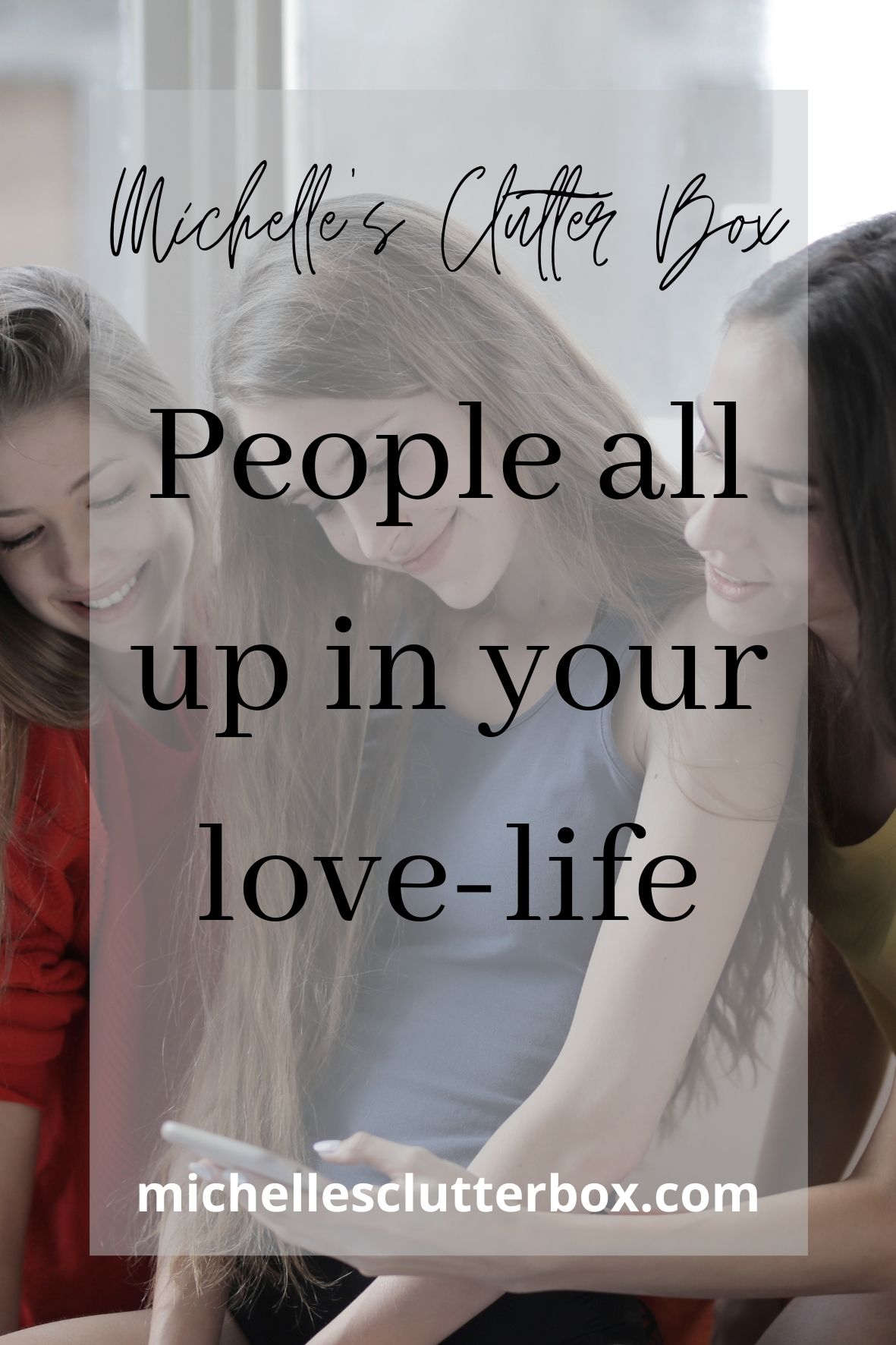 To go back, a lot of my friends tried to set me up with guys, emphasis on ‘tried’. I understand why some couples do this kind of thing. They’re happy so they want the people around them to be happy, especially the single people because they’re hoping they will find the love they have.

The worst time someone tried to set me up was in my third year at university. At my birthday party, one of my friends from school said in a very suspicious tone that we should get together for drinks later that week. A day or two later we started making arrangements for our little get-together. I asked her who was going along. She said that would just be the two of us, plus her boyfriend and a friend of his.

This is where I started to see a red light.

I did semi-stalk this guy on Facebook to see what my friend was going on about and quickly decided that I had made the right choice. I didn’t want my friend to dump some guy on me anyway.

That’s where I know you from

Only a few weeks later, there was a New Year’s party at the casino in town (yes, we only have one). My best friend and I went there, and there was a guy there who kept giving me the skank eye. I walked past him three times and each time he gave me a dirty look. It was only later that night that I realised that it was the guy my other friend tried to set me up with. He probably Facebook stalked me too. It was kind of hilarious if I’m honest.

Not everybody is a matchmaker

If you’ll allow me to contradict everything I’ve just said, here’s a tip if you think two of your friends would make a good couple: don’t make your match-making obvious. Make their meeting look like a coincidence; like at a party where there are a lot of people. So if they hit it off, you can pat yourself on the back; and if they don’t, they’ll never know you tried to set them up. This is important, because it keeps you (and your friendship) safe, for in case things get messy. So when they’re heartbroken, haven’t showered for days and stuff their face with ice cream while watching “Titanic”, they can’t say “You did this to me!”

And now, I’m going to completely contradict everything I’ve said so far in this post. My boyfriend and I set up our best friends. They were checking each other out at one of our get-togethers and we colluded to have to invite them to more parties where they would have the chance to get to know each other. Our plan worked, and soon they started to hang out alone, and after about two to three months they were dating. We patted ourselves on the back thinking we’ve done a good thing because they seemed happy even though they have very different personalities.

However, about eight months later they broke up, and now it feels a bit awkward. (Edit: Now I hear they’re back together again! The plot thickens.)

Yep, do with this information what you will.