You may have noticed that I end my posts with the word ‘meh’, but what is the meaning of ‘meh’? It’s strange how it came about. Basically, I wanted to have a catchy sign-off (for my previous blog), but could never come up with one. One day, I just put ‘meh’ in the place of the sign-off, thinking I’d add in a better one later. But it stuck, and I regret nothing. ‘Meh’ has a few meanings.

What does it mean?

I did a bit of research into what the word ‘meh’ actually means, and the results will not surprise you (take that, clickbait).

I first went to Urban Dictionary1, which, although not an academic source, I felt it was appropriate for this somewhat colloquial word.

The top definition read: ‘Indifference; to be used when one simply does not care.’

A couple of other definitions:

I love the definition of ‘a verbal shoulder shrug’ – whoever came up with it totally gets me.

Most of the other websites I tried gave definitions along a similar trend to the above, but these stood out for me:

This is also a word that you should try to only use in casual conversations and (unfortunately) it is used more among millennials and the younger crowd5 – a crowd I am slowly but surely escaping from.

Apparently, the word ‘meh’ was first used in 1992 and it was only truly defined in 20034. It was first used on a newsgroup that was discussing the television series ‘Melrose Place’.6

There are two theories as to where the word came from. The first theory states that the word came from a poem where W.H. Auden mocked the hype surrounding the moon landing in 1969. It goes as follows: ‘Worth going to see? I can well believe it. Worth seeing? Mneh! I once rode through a desert and was not charmed: give me a watered lively garden, remote from blatherers.’ We can then assume that ‘meh’ developed from this ‘mneh’6.

There are also theories that ‘meh’ had a Yiddish origin. In a Yiddish dictionary from 1928 there is the word ‘mem-ayin’, which is pronounced the same as ‘meh’ and it means (according to that dictionary) ‘be that as it may’ or ‘so so’6.

The television show ‘The Simpsons’ is also somewhat responsible for making the word popular. In 1994 an episode of the show, titled ‘Sideshow Bob Roberts’, Lisa complained that the elections for Springfield’s mayor had not followed the correct protocol, and the clerk then shrugged and said, ‘Meh’. The Simpsons continued to use the word, and people seemed to like it.6

If ‘meh’ means something along the lines of disinterest, why would I use it? Well, let me add in my own definition. My ‘meh’ means: take my opinion and do with it what you want; take it or leave it. 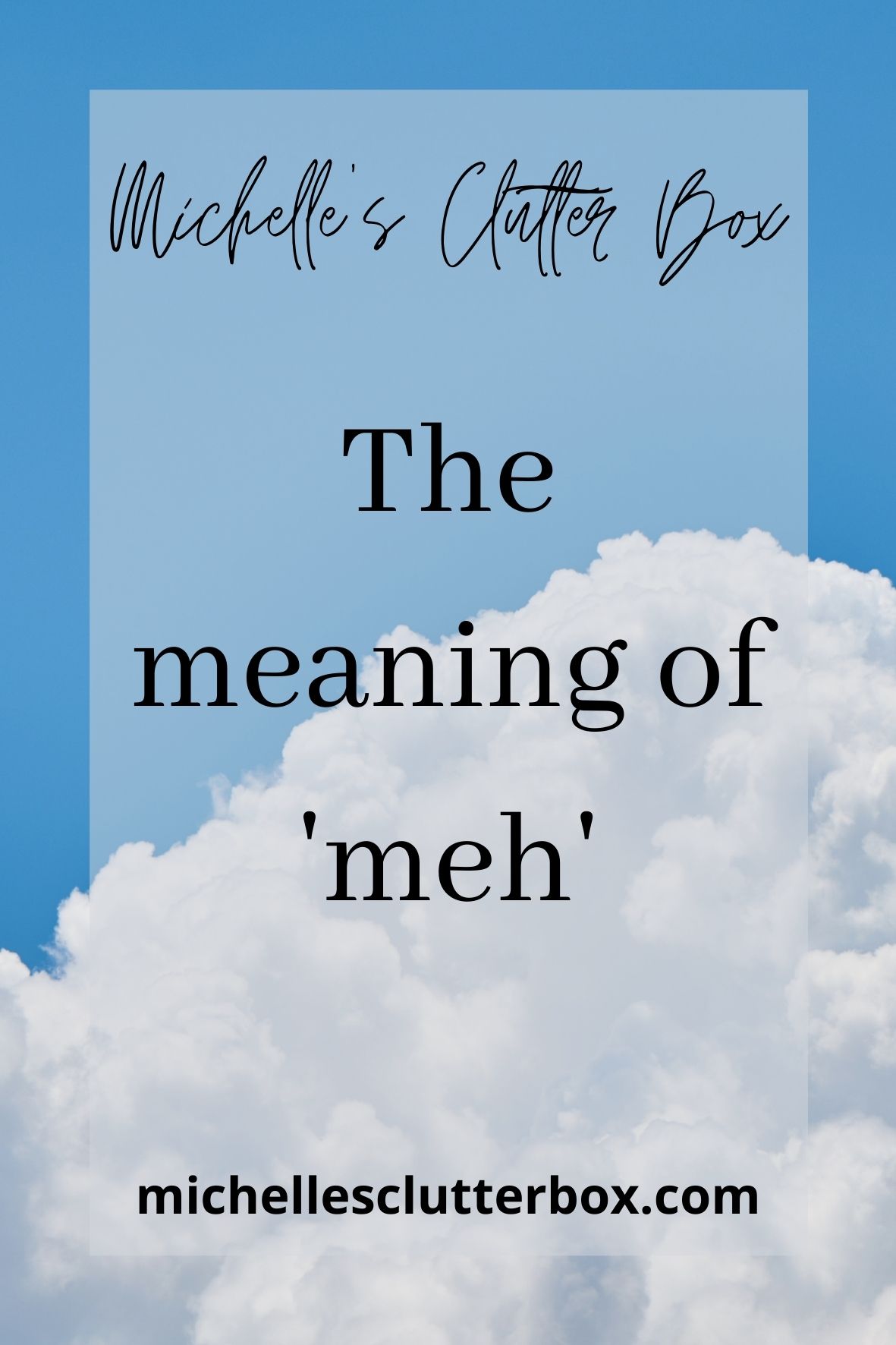 Watching television with my mom