There are about 2700 billionaires (in dollars), and about 36 million millionaires in the world – according to Wikipedia. Some of these people have made their money off of really stupid stuff.

Take Marie Kondo for instance. She wrote a book about how to rid your house of clutter. As far as I can tell it involves a lot of rolling up T-shirts, putting stuff in labeled boxes, and asking yourself if your useless crap ‘sparks joy’. Now she has a TV show where you can watch middle-class people, with the ultimate first world problem, clean up their clutter.

I only watched one episode and I was stunned. Some people need a short Asian woman to tell them to throw away the stuff they don’t need? Couldn’t they figure that out themselves? I’ve been cleaning out my room since I was a child and nobody had to teach me how to do it – it’s quite easy to figure out yourself. Firstly, buy less useless crap. Secondly, throw out the stuff you don’t use. There, I’ve summed up Marie Kondo’s work – where’s my money?

Comfort or dignity? That is the question.

Next, let’s look at Crocs. You may know them as those rubbery abominations (with holes in) that people with no dignity wear. They are the ugliest shoes I have ever seen, but some people love them. I have seen numerous small children wear them, and I can forgive them because they don’t have disposable income or any kind of agency to wear something else. Thus, children and blind people, I can forgive but if I see anyone else wearing them, I judge them harshly. Nonetheless, the people who came up with Crocs are millionaires.

No dignity in ‘style’

What’s even more annoying is that you can put accessories on your Crocs – which is the equivalent of putting glitter on a turd. These accessories go into the holes of the Crocs. I wonder how that person came up with the idea. Did they hear someone say: “Ew, those Crocs are disgusting. There’s no way they can get worse” and then they thought: “Challenge accepted.” Just like that, there was another person in the world making millions from something ridiculous that no one needed.

Useless shit turned out to be useful

Then there was a woman who made clocks out of shit. She literally took cow pies and made clocks out of them. You’re probably wondering “who would buy that shit?” The answer is, people. People will buy any shit – even if it literally is shit. This reminds me of the so-called ‘magical unicorn poop’ that I keep seeing in shops. It’s just blubber with glitter in. I’m quite concerned about what it says about humanity when people love buying shit – literally or otherwise.

Everyone in the parking lot knows your business

You know those stickers you put on the back window of your car that illustrate your family members and interests (and some of the stuff a burglar can expect to find in your house and car)? The inventor is a millionaire. It’s the same thing with fidget spinners and selfie sticks – they are completely unnecessary, yet they’ve made some people millionaires.

I’m not here to criticise consumerism or capitalism, not at all. So, what is my point? My point is that I’m super jealous. I want to think of something that millions of people want and queue up to buy. I’m tired of being poor. 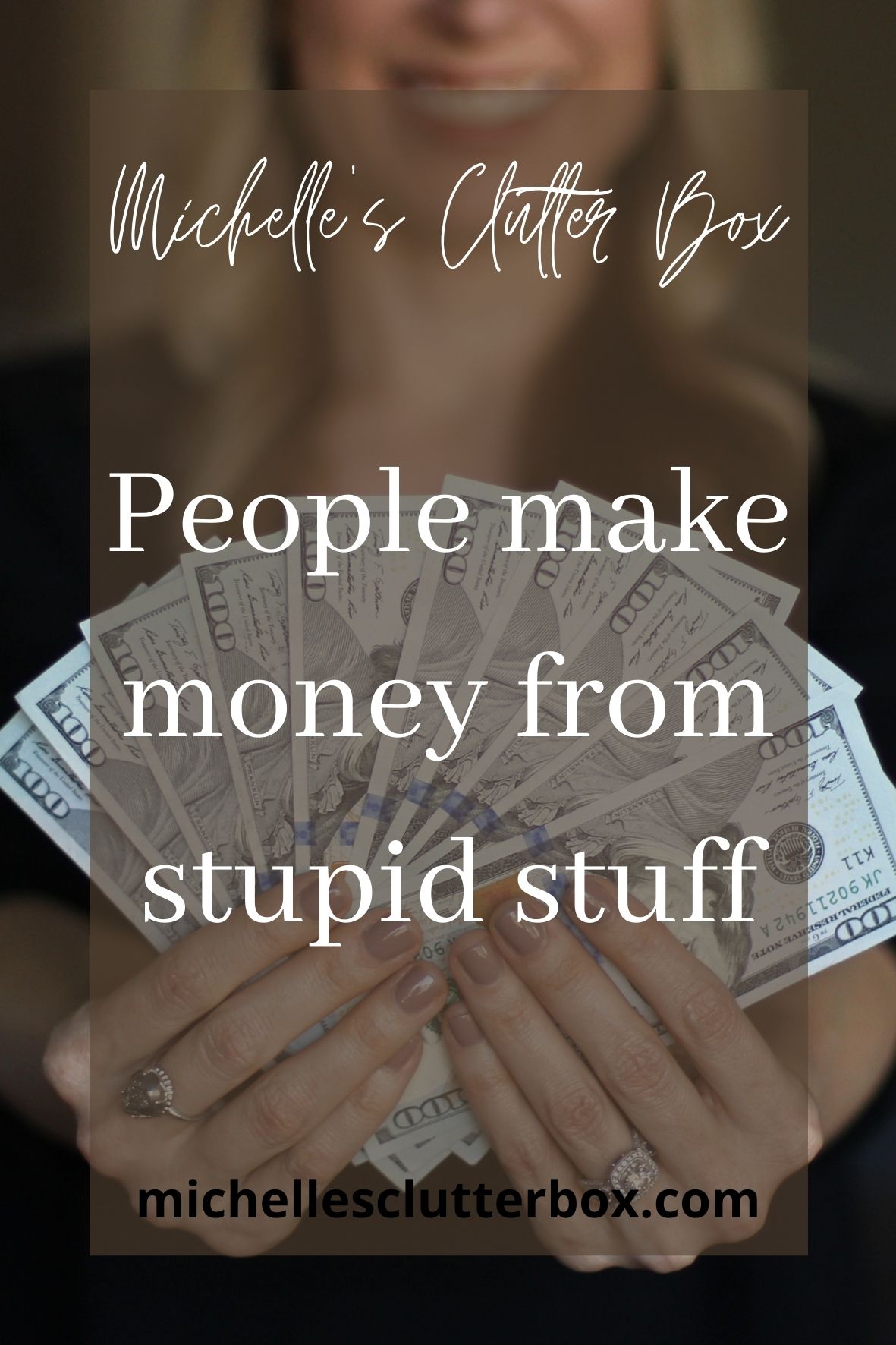