My dad is a weird and wonderful man. He is funny – as in weird and humorous (as are the rest of my crazies). The thing is, as much as my dad makes me laugh, he’s not funny when he actually tries to be funny. He is the funniest when he has his guard down and says the first thing that comes to mind. That is what this post is about: some of the weird things that my dad has uttered.

He loves a newspaper

One of my dad’s quirks is that he loves reading the newspaper. He will read it anywhere anytime. He especially loves reading it in front of the television, I guess because he wants the company or just the background noise. My dad also doesn’t mind if someone is there sitting with him doing something else.

One Sunday evening I walked into the lounge and saw that my parents were watching ‘Thor’ – well, technically my mom was watching, my dad was reading the newspaper. I found this strange, as my mom isn’t a fan of superhero movies. This is the exchange that followed.

If I’m honest, watching any movie with my dad nearby usually provides comedy. One Sunday we were watching ‘Star Wars: Force Awakens’ and my dad had a lot of questions and comments:

That’s not to mention the reviews he gives. One night he was watching ‘John Wick’ and said as I walked by, “You should see how angry this guy is about his dog!” Another time he was watching ‘Godzilla’ and when I asked what it was about, he said, “It’s about a lizard that wants to take over the world.” (To be fair, those reviews were pretty accurate.)

To end off with, the best one. One night my dad was reading the paper in front of the TV again and a ‘Game of Thrones’ ad came on. Here’s what followed:

So yeah, that happened. Funny, right? I put this last little story on Facebook and my friends seemed to think that it was hilarious. I made the mistake of telling my dad this (he’s not on Facebook). For about a week he thought he was quite the comedian. Anytime he said something remotely funny he ended off with, “Don’t go putting that on your Facebook now.” What he really meant was, “Your friends are going to think this is hilarious.” Thankfully my multiple eye-rolls made him realise that he’s not going to become an internet comedian (yet).

There are so many more funny sayings, but I’ll end it here for now.

Does your dad say funny stuff? Let me know – contact details below. 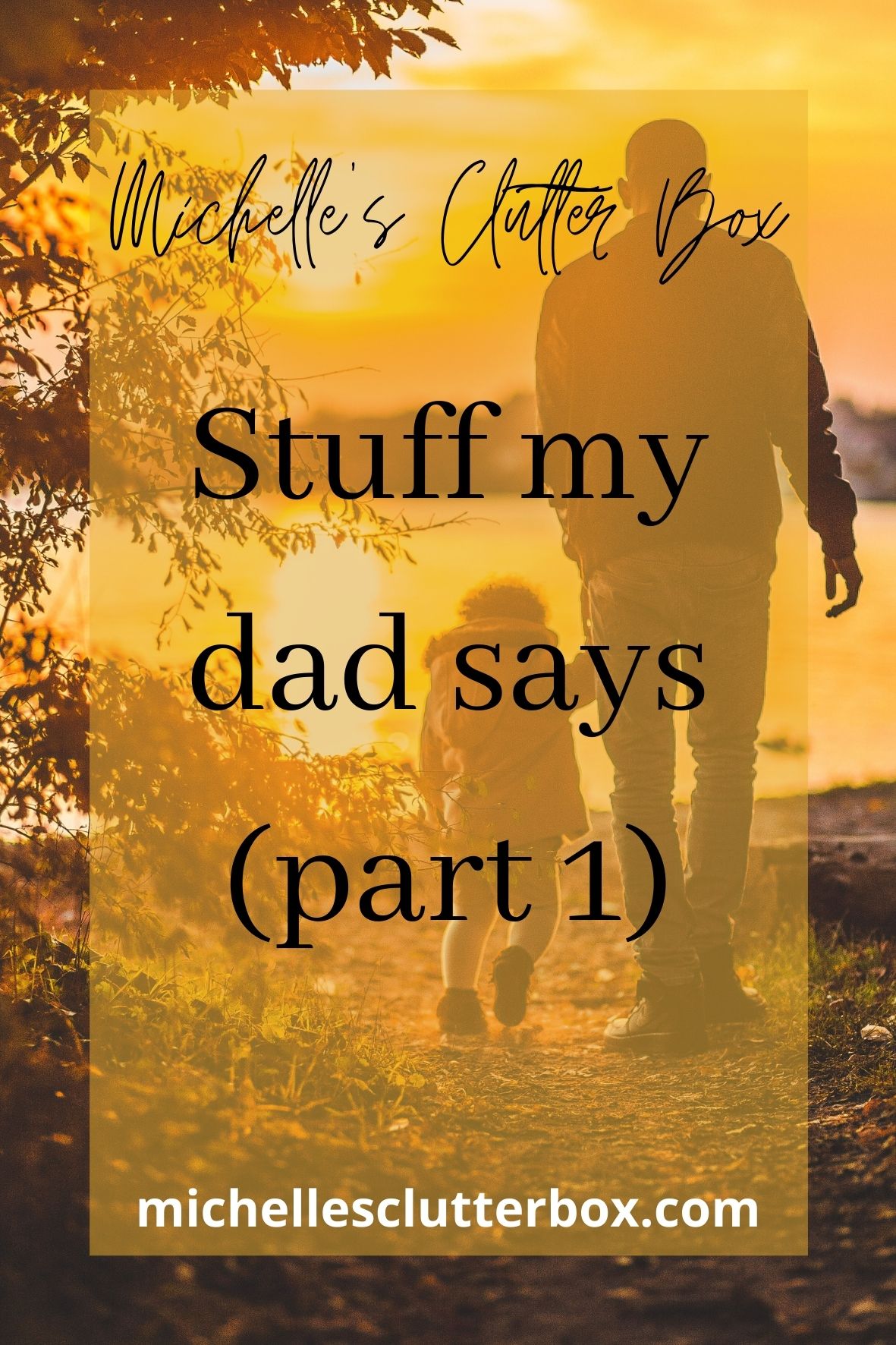