Here in sunny South Africa, we’ve been in lockdown for what feels like forever, but it’s only been two months. I’ve been at home with my parents and brother, and I’m lucky to also be able to work from home. However, when you’re forced to stay inside for so long, it starts to affect you. I, for instance, have started to notice more how strange my dad is. Well, more funny than strange. Let me illustrate this point with 8 ‘incidents’ involving my dad during the lockdown.

We watch too much television

One night I was watching television with my parents. My dad was channel hopping but stopped at a movie.

Dad: Look! A blue monkey is flying that plane!

On a different evening, we were doing the same thing, and my dad’s channel-hopping stopped at the new Lion King movie. My dad said that it’s unrealistic because “lions don’t hunt in that terrain”, however, he didn’t say anything about all the animals that can talk.

My dad was watching a rugby match he’d already seen at least twice. I asked him why he’s watching it again and he said, “to make sure they still win”. My dad loves dad jokes.

My parents discovered reality TV recently. Their favourite shows are Cheaters and 1000 ways to die. They especially like Cheaters, and can’t wait until it gets to the confrontation part. Then one of them would sporadically say “Hugo, bel die polisie” (Hugo, call the police – it’s from a video that went viral here in South Africa last year). Then they’d giggle at each other. My dad has also taken a liking to Walker Texas Ranger, and watches it almost every evening.

My dad is baffled by the internet

At the start of the lockdown, there was the raw egg challenge on Facebook. People nominated each other to eat a raw egg. It’s stupid, I know. So, one evening I told my dad about what “the young people” were getting up to.

Me: Did you hear? People on Facebook are challenging each other to eat a raw egg.

Dad: And what exactly is the challenge? To see who can puke the most?

I was on a Zoom call and my dad abruptly came into my room. He asked me if I was on the internet, and as I was trying to explain what I was doing, he said: “Google where Pakistan is”. I Googled it for him and after two minutes of telling me which images I should click on, and then saying “no, not that one!” he was satisfied and walked out. I didn’t ask why he wanted to know, I just assumed he was lost in his own clutter box.

Dad: These poor dogs, I think they’re very bored during the lockdown.

Me: Dad, they’re dogs, literally nothing in their lives changed.

Apparently, I’d feel a lot better if I played with the dogs outside.

We were standing outside (in the yard) and my dad randomly started telling me how they had spitting competitions in school (to see how far they could spit), and how one guy could spit all the way across the class. Then I got a demonstration of how far my dad can spit – it was surprisingly impressive, yet gross.

Well, he’s weird, but he’s our weirdo and we love him – dad jokes and all. The lockdown is going on for the foreseeable future, so my dad is bound to still say a lot of amusing stuff (and then I’ll blog about it). 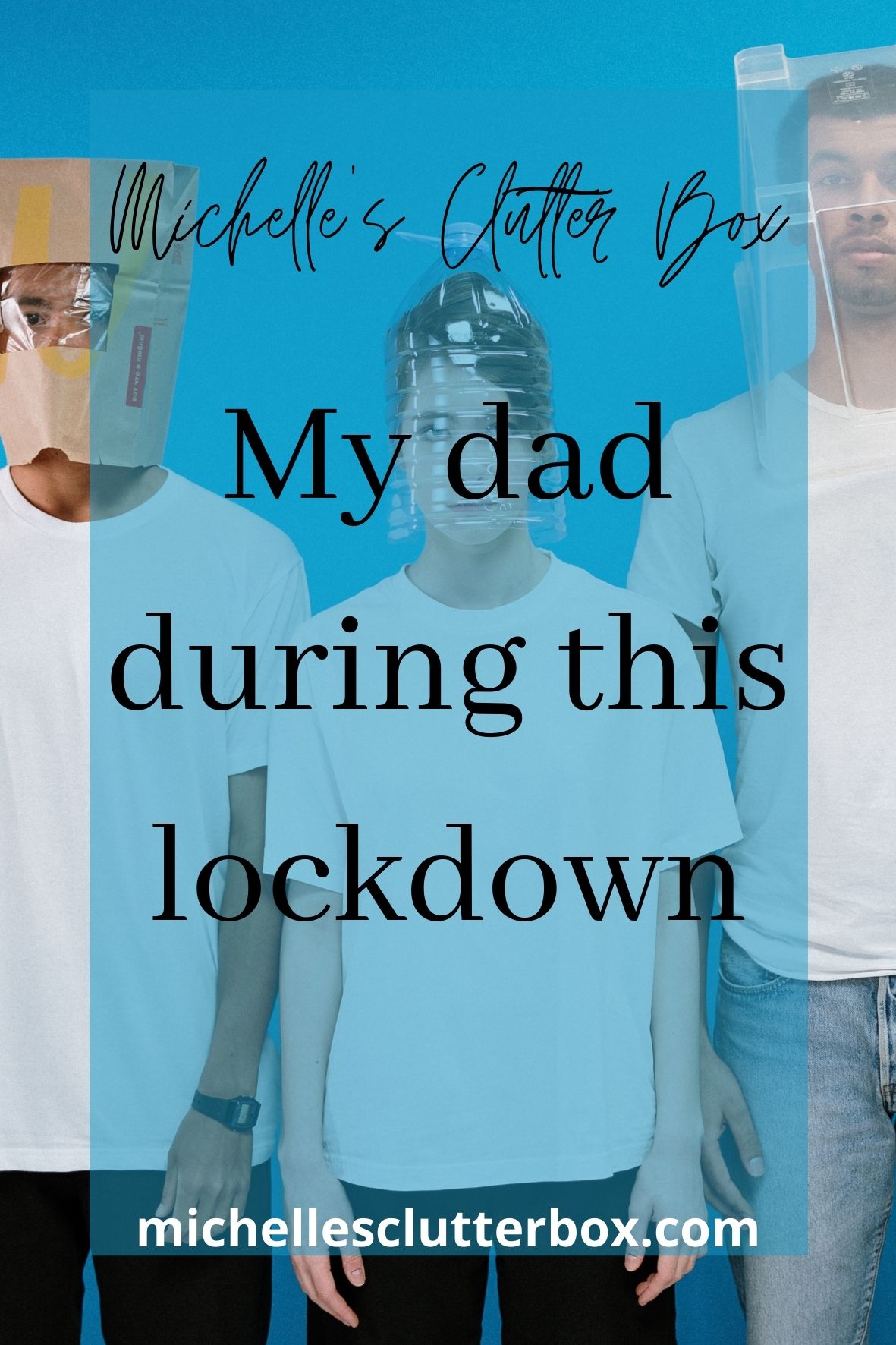 Things you cannot do with dignity