For centuries people have thought that there was something supernatural about dreaming. People have claimed to have seen the future in their dreams. In some cultures, dreaming about a specific object is seen as a sign that something bad is about to happen. Be that as it may, dreams are weird, especially mine.

Personally, I love dreaming – it’s like a movie inside my head and I’m the lead character. Nightmares are a different story, though, because it’s like a custom-made horror movie.

Apparently, you can’t dream about someone or something that you have never seen – I don’t remember where I read that. I don’t think that’s necessarily true; just thinking about my own dreams.

What I like about dreaming is that anything can happen and you can go anywhere. True as that may be, some nights I dream about being at work. What a waste!

I’ve had a few weird ones

I have had some strange dreams in my life. When I was little, I often dreamt that I could fly, unfortunately, I could never manage a good landing. A nightmare I often had was that a tornado was heading straight for our house. It’s strange because we don’t really have many natural disasters in South Africa (only man-made crime and corruption).

It really messes with me when I dream that I woke up, like a dream in a dream, because when I really wake up, I’m not completely sure if I’m awake or not. Just for a few seconds, but still.

One of my friends told me that he once dreamt he had to marry his cousin to save his family. That is so wrong, yet hilarious on so many levels.

Did you know that most dreams are only a few seconds long? Your dreams just feel much longer because your subconscious works very fast.

Feel free to tell me about the weird dreams you’ve had – contact details below. 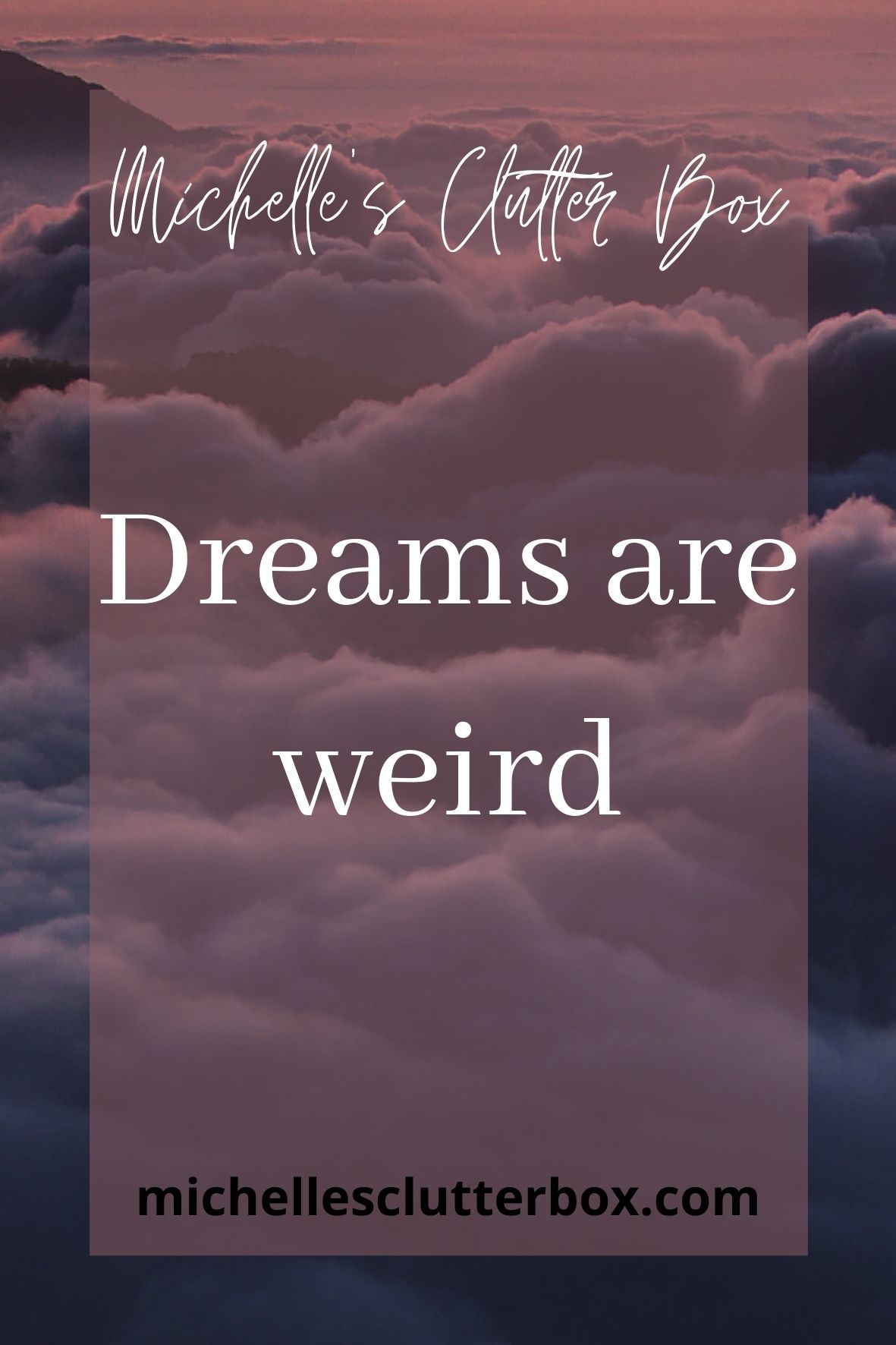 My dad during this lockdown