It’s ironic that none of us are great at keeping plants alive, because both my parents grew up on farms. We have no luck with gardening, like at all, and it seems like I’ve inherited that trait. So, here are the tales of our gardening woes this year.

My dad wanted to be a farmer and studied agriculture at university, but his dream never became a reality. (It’s a long story of lies and deceit – but I digress.)

He tried many crops in our yard over the years, from potatoes to strawberries, to tomatoes. Of all of those, he had the most success with tomatoes.

This year he wanted to plant them again, but it didn’t turn out as he planned. It will say it was self-inflicted, but I’m getting ahead of myself.

But first, a bit of background information.

One of the grocery stores in our country started an initiative to get people to plant more bee-friendly plants. It was a great idea. If you spent more than R200, you would get a seedling kit.

This kit comprised of the seeds, a soil pod, and a small cup. The idea was to take the soil pod and add water to it so that it expands. Then you fill the cup with the soil and put the seeds in the soil. All you had to do after that was to water it and wait for nature to work its magic.

I tried to plant about ten of these seedling kits, and it started off great. After a week, the first batch germinated and grew a few centimetres, but once I planted them over into bigger pots, each one of them promptly died. I don’t know what I did wrong. I followed all the instructions!

This was my red clover before it met its untimely demise. 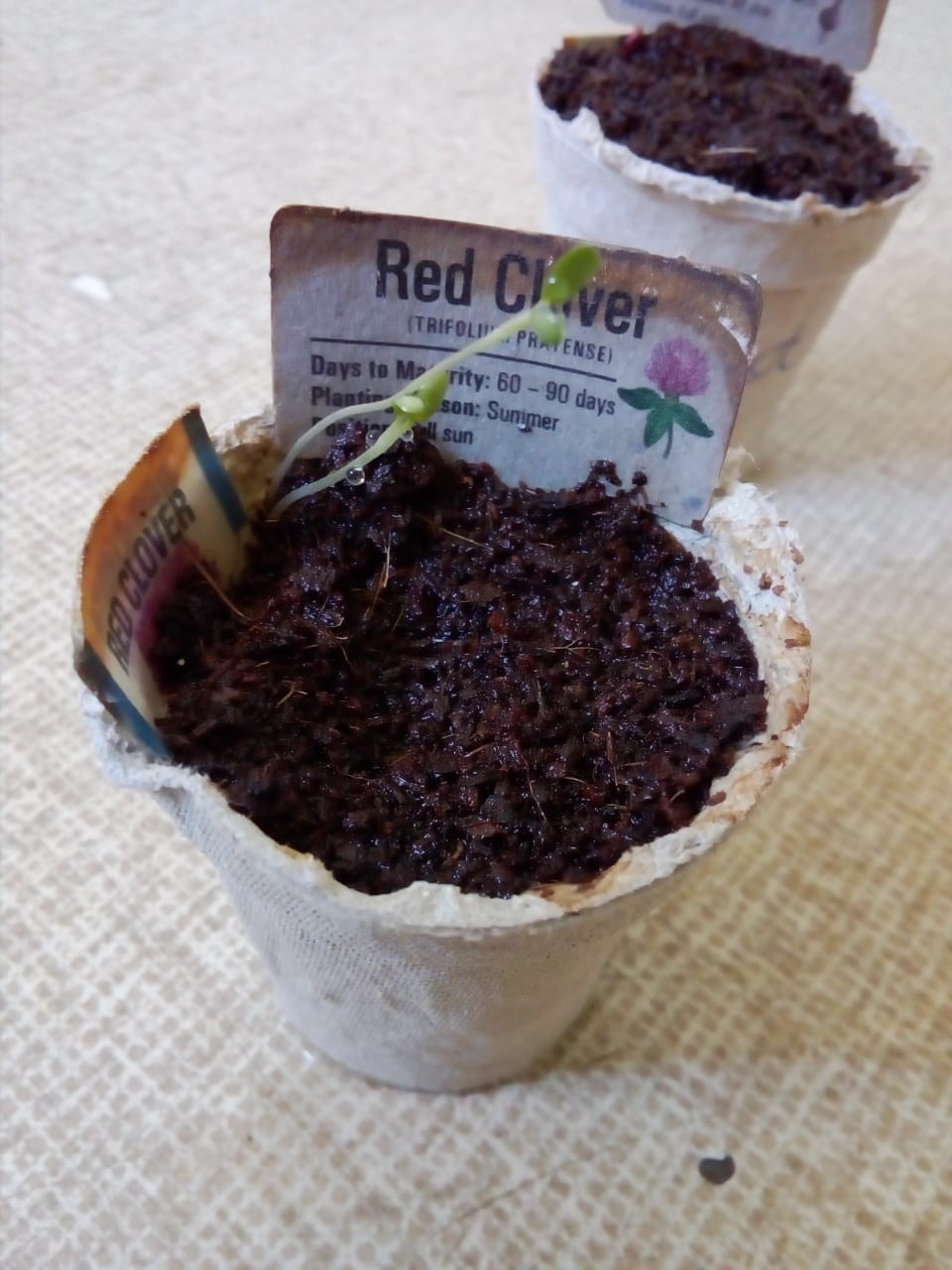 My dad being my dad

Anyway, my dad saw that two of the seedling kits were tomato plants and he planted them.

After two weeks or so, he saw that the tomatoes weren’t coming up. I did a bit of investigating and found out that he didn’t read the instructions on the seedling kit. To make a long story short, he threw the seed pouch and cup away, and planted the soil pod. Yep, he planted soil.

After the soil planting situation, he went to the store and bought little tomato plants. They were already about six weeks old and my dad thought it would save him the time of germinating them (and possibly wrongfully planting soil again).

Unfortunately, he didn’t read the label properly. After a few weeks, he saw tomatoes come up, but they weren’t the normal green to red he was used to. No, they were purple.

He looked around for the label on the plants and saw that he had bought and planted blueberry tomatoes. Here’s what they look like: 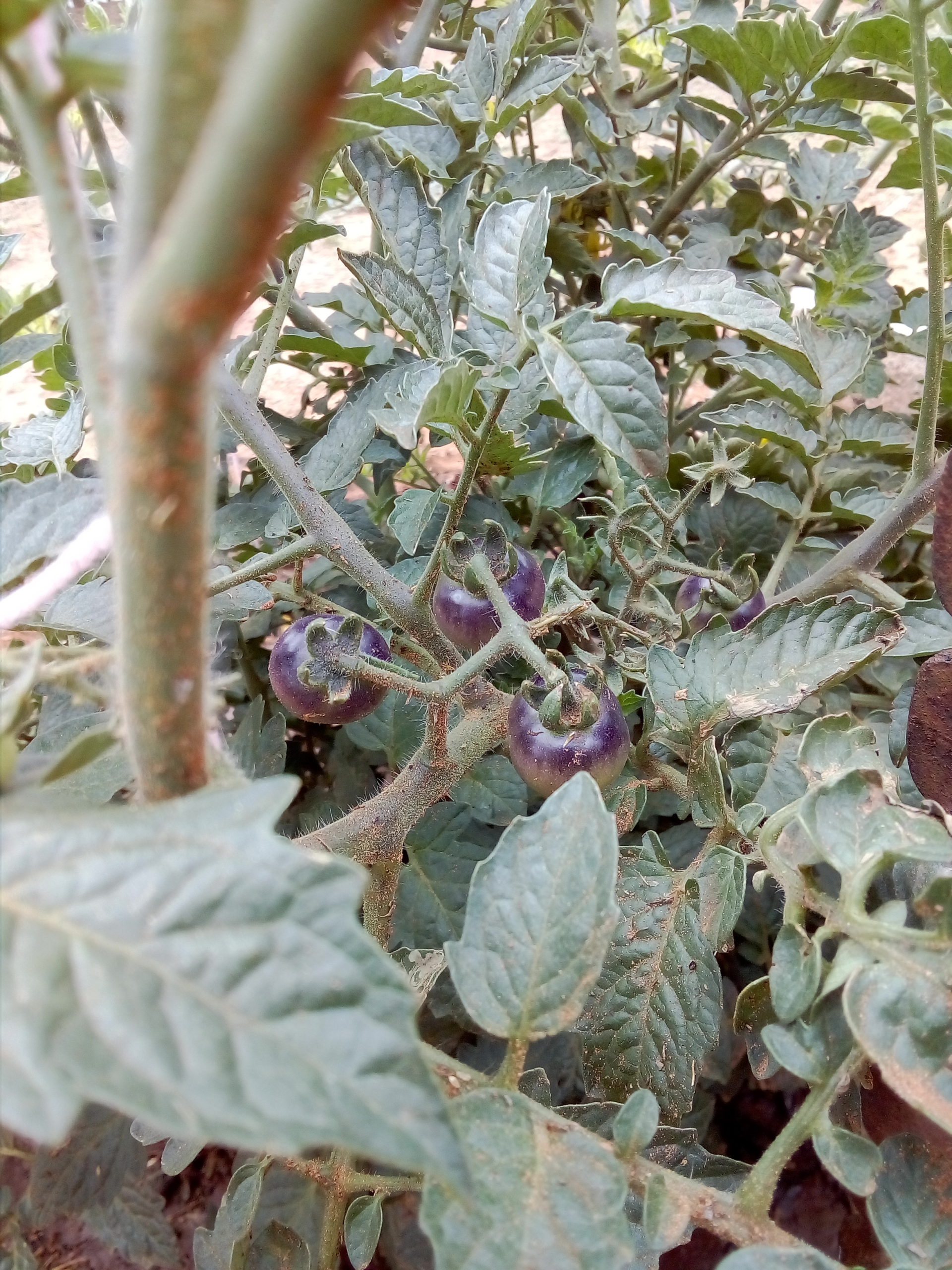 Geez, can he just read the instructions for once!

The dogs: part of the gardening woes

If my dad’s not planting the wrong thing or the plants die by my hand, then the dogs terrorise the plants.

This tree is about 9 years old, and this is what we have to show for it: 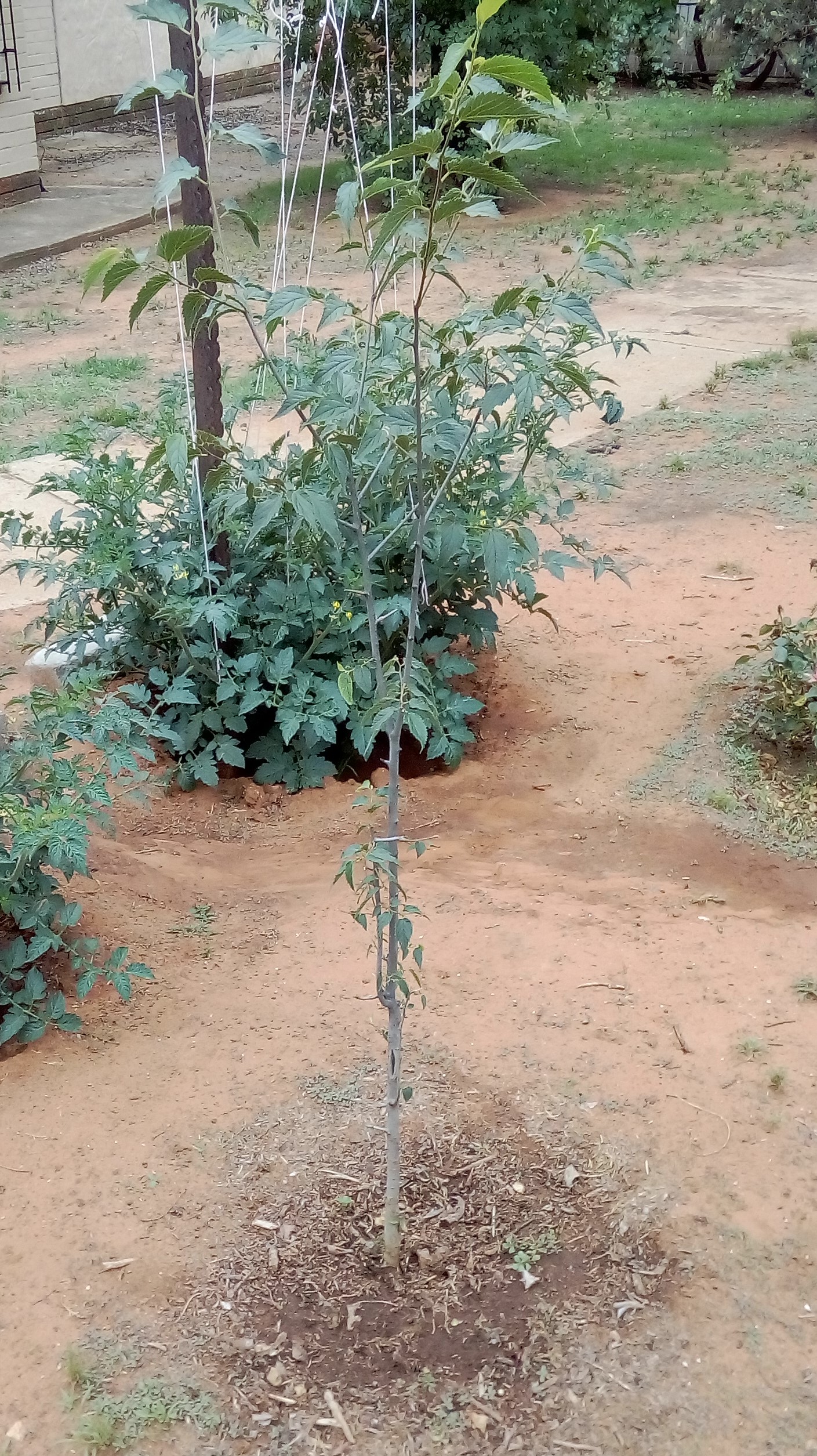 We actually thought it died earlier this year, but it pulled through. I don’t know what it is about the tree, but the dogs love to eat the leaves. It got so bad at one point that we had to stack pellets around the tree to keep the dogs away.

Also, we don’t have luck with flowers. Here’s what we have (or rather, what’s left): 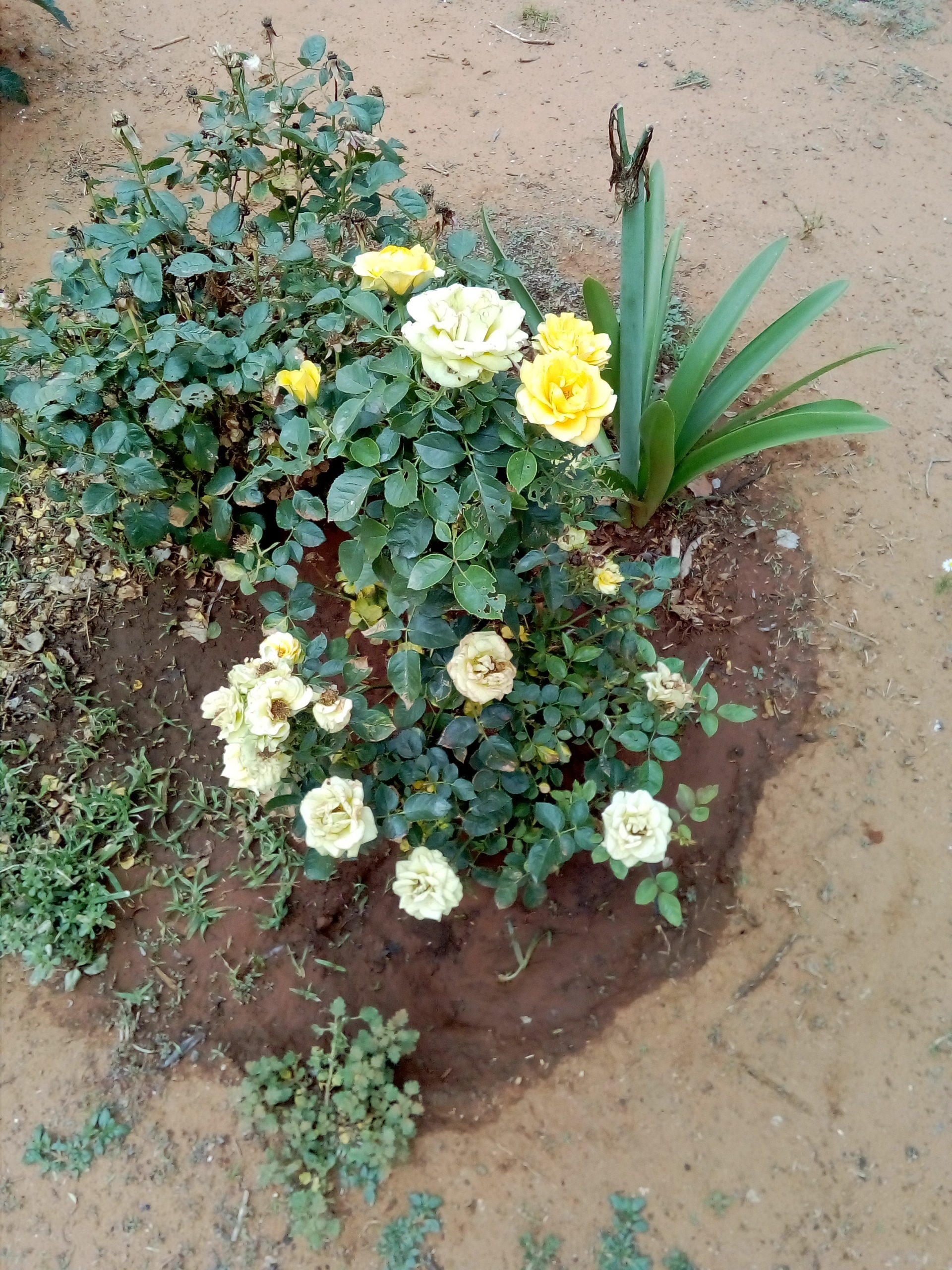 We don’t have much of a garden because we don’t water the garden and we’re forever in a drought here in South Africa. So yeah, we’d rather save water.

Hopefully, one day we will have a lawn again and have an end to our gardening woes.

Do you have green fingers? Or do you have bad luck like us with gardening? 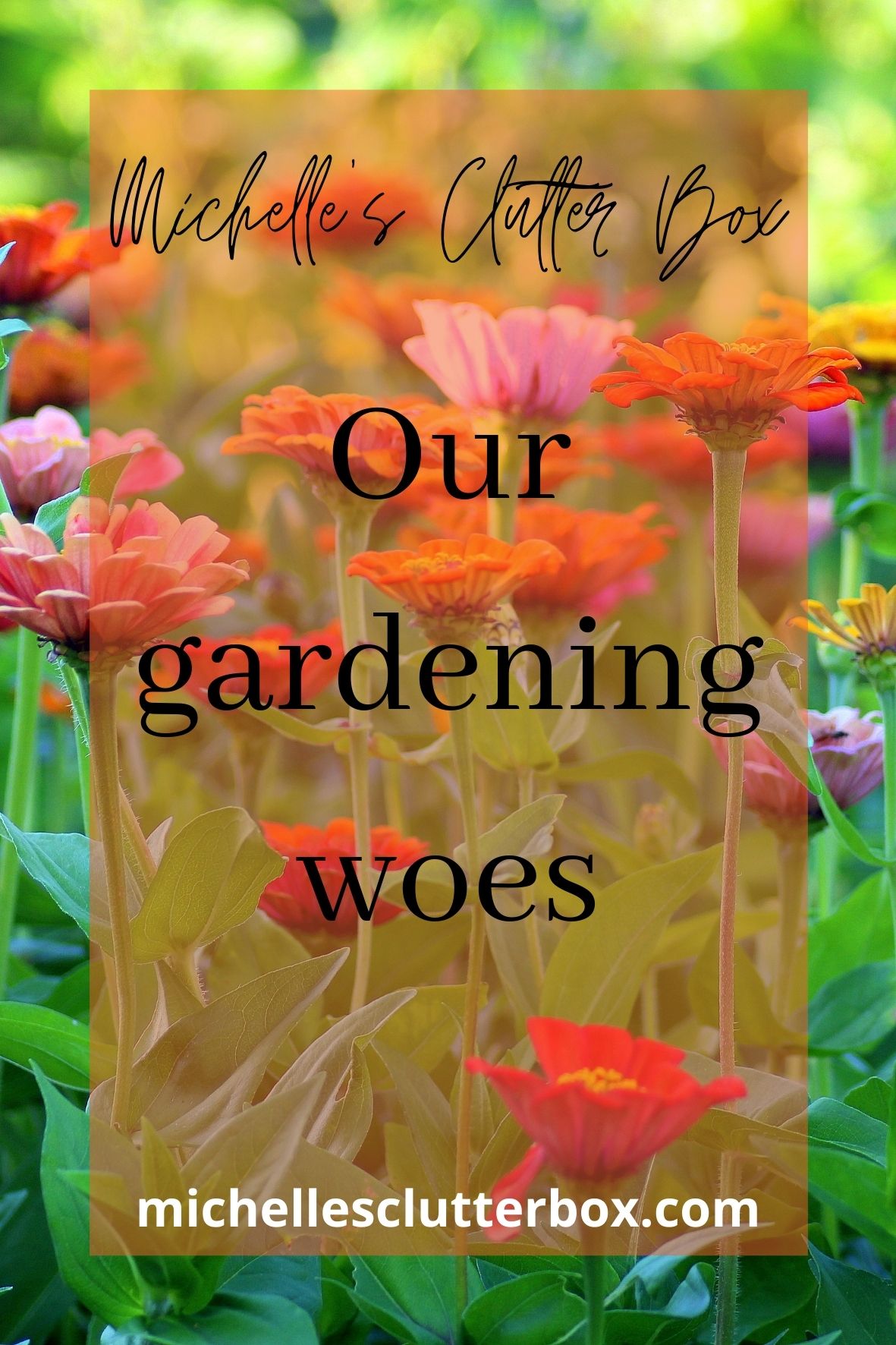 The face behind the blog

My experience with spiders