I am deathly afraid of spiders, but I somehow always seem to run into them. As you can probably guess, my experience with spiders isn’t positive, but in this post, I’ll focus on two specific events.

Fresh in my memory

So, this what I found in my room a few weeks ago: 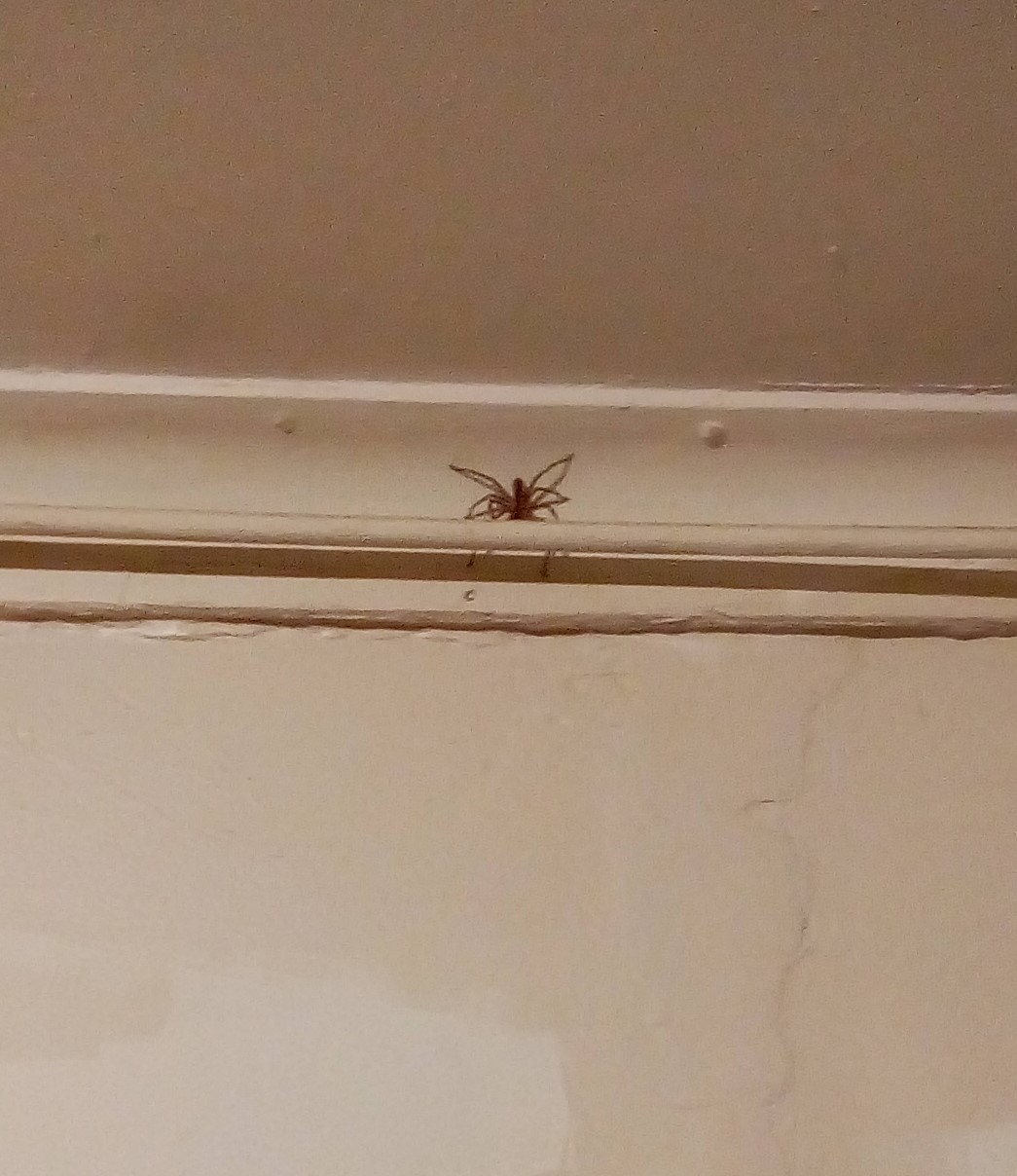 This is a bigger spider than I can emotionally deal with.

It’s a rain spider (I think. That’s what we call them here). It had been raining quite a lot recently, so it checks out.

That evening I had been working on a blog post or something on my laptop and then went to the kitchen to get food and when I came back the spider was waiting for me.

As I entered my room, I saw it from the corner of my eye and as it registered with me; I gave the most dramatic (more pantomime-like) gasp. Said gasp was so loud that my brother came from the next room to see what’s up. He showed little sympathy because he just said, “Geez, that’s huge. Let me take a picture.” After he took the picture, he left me to deal with it.

I’ll be the first to admit that I’m only a strong, independent woman until something with more than two legs crawls into my room.

Since my brother didn’t want to help me, I called my dad. He was so chill about it because he grew up on a farm and was used to creepy crawlies. He caught the spider in an old ice cream tub and set it free outside.

I hope it doesn’t come back for round two. I’m getting goosebumps just writing about spiders.

There was also a much more dramatic (and traumatic) experience with a spider a few years ago.

Actually, there’s a prelude. About a week before the ‘dramatic’ experience, my brother and I were taking the trash out one night. I came around the corner towards the front of the house and saw an enormous spider sitting on the wall (also a rain spider). I don’t think we have ever taken out the trash that quickly.

The next day I had a look to see if the spider was still there, but it was gone. I thought it had ‘gone back into the wild.’ (Spoiler alert: It didn’t.)

That Sunday, I took one of my thick files from the bookcase in the hall. I had been procrastinating preparing a presentation, and the deadline was running out.

I carried the file into my room and placed it on my bed. When I opened it, I found a huge spider chilling in the folder’s spine. I thought it was dead because it was kind of curled up and not moving. (Spoiler alert: It was not dead.)

“Check out the spider”

I called my mom, dad and brother to check out the huge ‘dead’ spider. They stood there amazed. I looked at this spider and thought about how it died in a dusty old file. I thought it must be sad to die and no one even notices and that made me think … and then the spider started moving!

At that point, I completely lost it. I think I blacked out for a few seconds because the next thing I remember was standing on my dresser yelling at my dad to kill the spider. My brother brought a can of Doom (bug spray) and my dad went ballistic with that thing. By the time he was finished, I was feeling faint (but strangely happy) from the fumes.

My dad took the file and the white (from the Doom) spider outside. Unfortunately, halfway there, said spider fell off the file in the kitchen. It made a run for it, so my dad sprayed it with Doom again, and thought that was that.

My mom took the broom and swept it out the door. A few seconds later I heard her screaming from the outside, “Goodness! how are you still alive?!”

Then she took the broom and beat the hell out of the spider, all the while saying, “Why. Won’t. You. Die?!”

I wonder what the neighbours thought.

As I’ve said, I’m terrified of spiders – and that’s why they always seem to find me. The thing about spiders is, you don’t want to end up on the wrong side of a spider. The wrong side being the side where the spider is between you and the door.

Are you afraid of spiders? Do you have any stories of your experiences with spiders? Let me know in the comments. 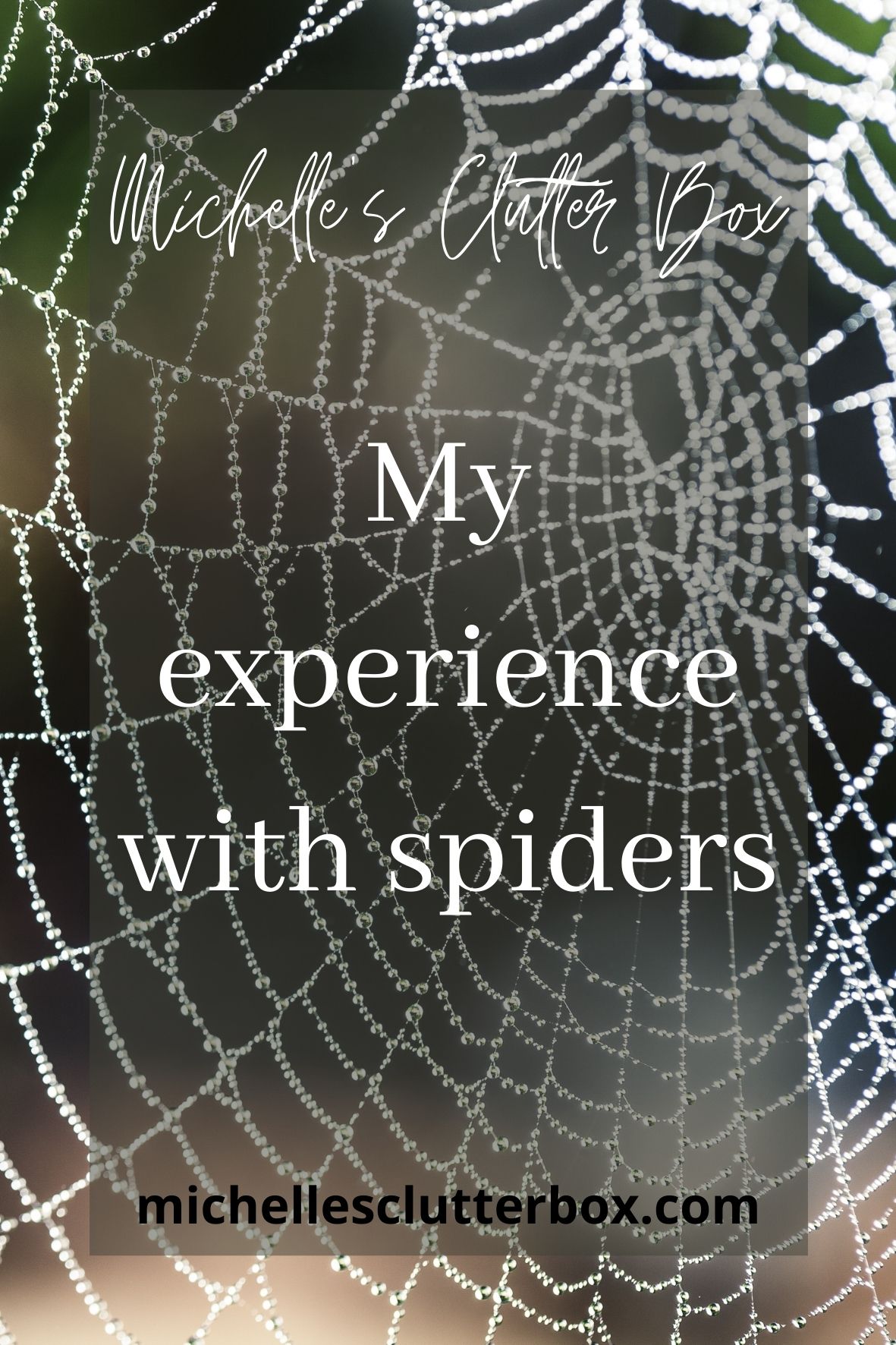 How to deal with conspiracy theories