Recently, I’ve been rereading Paulo Coelho’s ‘The alchemist’. I love it so much. I first read it in my first year of university and have reread it a couple of times throughout the years. It gets better with every reread. Since it’s a great book, and there’s little else for me to review, let’s review ‘The alchemist’.

The Alchemist was originally published in 1988 and has since had many reprints. It was written in Portuguese, as Paulo Coelho is Brazilian, and translated into English (obviously). It has since become a worldwide bestseller.1

The story revolves around an Andalusian shepherd boy, Santiago. (Andalusia is in Spain.) He has a recurring dream of a treasure near the pyramids. He then goes to a gypsy fortune teller and asks her what the dream means. She says that the dream predicts that he will discover a treasure at the pyramids. (I think I would have figured that out by myself, but never mind.)

Not long after, he meets a king (or the guy says he’s a king) but he’s more of a mysterious figure. The king tells Santiago to sell his herd and follow his dream to the pyramids.

Later he arrives in Africa and a man there says that he can help him to the pyramids. However, in a busy market, the man disappears with all of Santiago’s money. The shepherd boy then needs to make a plan – whether it is to return home and restart his life or pursue his dream.

He starts working for a crystal merchant. This merchant is old and beaten up by life, but Santiago inspires him to fulfil his own dreams.

When Santiago leaves the merchant, he meets an Englishman who is searching for an alchemist. They continue the journey through the desert together. Later they reach a town around an oasis, and Santiago meets an Arabian girl, Fatima. They fall in love and Santiago intends to marry her. However, Fatima says that she will only do so after he has fulfilled his dream. She doesn’t want him to leave his dream and become resentful of life and her.

More towards the end of the book he meets an alchemist and then it gets a bit weird – I’ll leave you to read and discover what I mean.

In the end, Santiago does make it to the pyramids but there he is robbed. It seems like all is lost once again. However, one of the thieves lets it drop that the treasure he had been dreaming of was in the old church that he had the dream in originally. 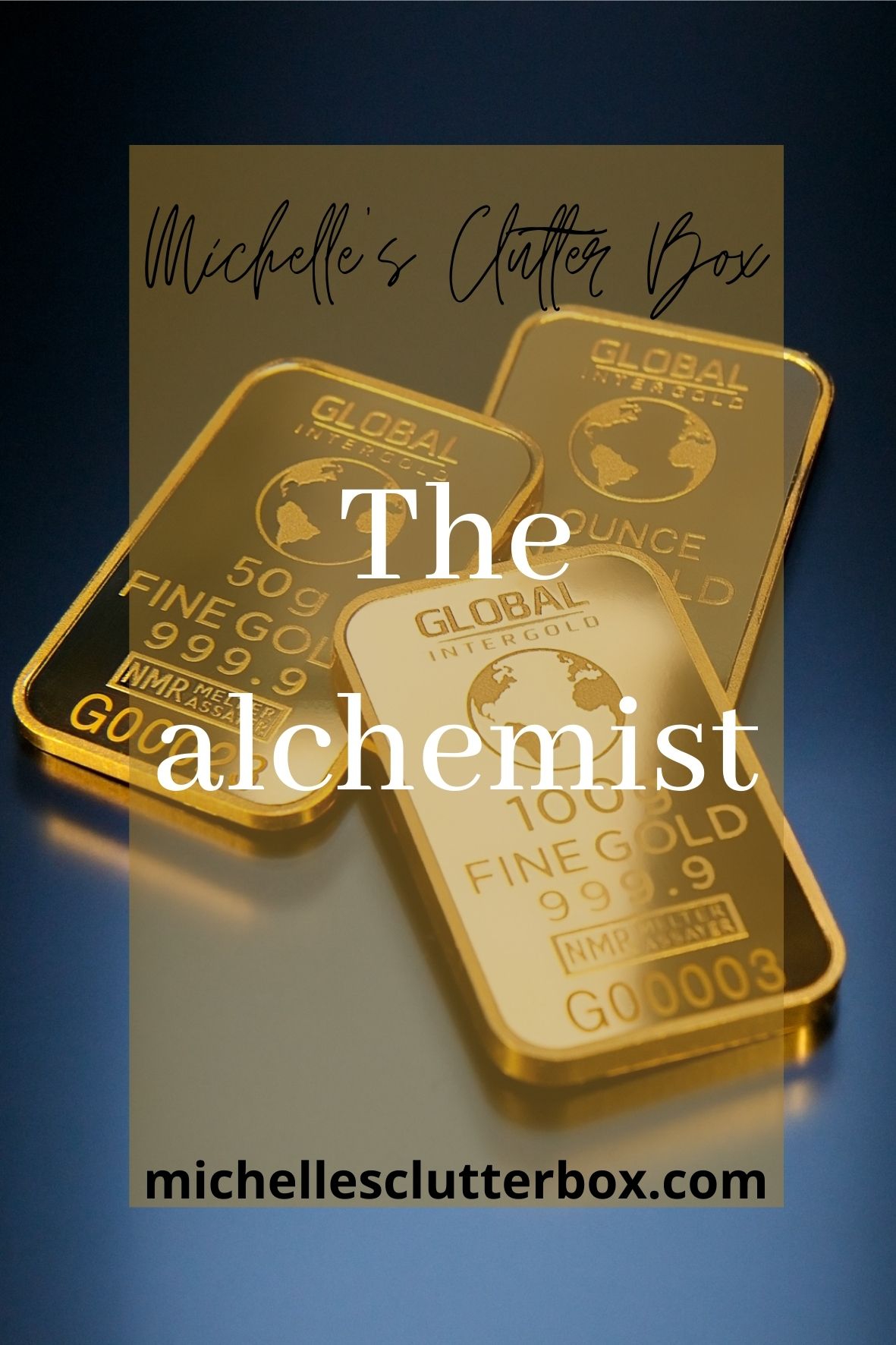 This is very-much a self-help book and not just an ordinary piece of fiction. It centres around finding one’s destiny and following your dreams.

I guess many people can relate to the story at some point in their lives. Do you do the sensible thing, or do you seek comfort?

I once read that only about one in a hundred people follow their dreams. That is sad, don’t you think? Millions of people walk around with this hole in them, wondering what could have been. The book basically said that you should avoid becoming one of those people.

Yes, it’s sad that not everybody follows their dreams, and we see it all around. A lot of people give up their dreams for practicality. I’m quite on the fence about this. (I’m contradicting myself a lot in this post.)

Not everyone can follow their dream, either because it’s an unrealistic dream or that they don’t have the resources to do it. Also, I don’t think you have to quit your job and follow your dream full time to make it happen. I think if you do a little every day, it adds up and you can still achieve the things that you want to achieve. Looking forward every day to do that thing that brings you closer to fulfilling your dream makes life exciting.

The quote in this book that I like the most is: you become whatever you are committed to. I believe that, and it links with what I said in the previous paragraph. Those things that you spend most of your time, money, and mental energy on are the things that you will become. I’m trying to commit to writing and reading – and I already feel like I’m better for it.

In addition, I think it’s possible to change your life at any time. This point is also made in the book. If you decide that this is not what you want you can decide that you are going to start taking the steps and effort to make a change. Although the actual change may take a while, you just need to commit.

There’s a quote that appears a few times in the book: “when you want something, all the universe conspires in helping you to achieve it.” It reminds me of something people often say, which is: “If you can dream it, you can do it”.

I hate it when people say that. It implies that if you believe your dream will just fall out of the sky. It won’t. You need to consistently put in the effort and make sacrifices. You actually need to do stuff.

I think this is a good book for anyone who feels a little lost in life. This is especially relevant for people my age (late twenties) who feel like they’re behind their peers in terms of progression in life. Obviously, it’s also great for anyone who is trying to pursue their dream and it feels out of reach.

The book often talks about the universe and omens, so it’s probably not everyone’s cup of tea. I’m a Christian, so I’m not too keen on some of the things discussed in the book. I will say, in reference to omens, I do believe that God sends us signs and they can be in any form. Similarly, I do agree that you should listen to your heart (or gut, or whatever you want to call it) because it’s usually right.

Lastly, the book is beautifully written, as are all his books – kudos to the translator as well. If you liked this book, and the themes therein, you’ll also like Paulo Coelho’s ‘The Pilgrimage’. It’s more autobiographical, which made it more meaningful to me.

Have you read ‘The alchemist’? What did you think of it? Let me know in the comments or contact me (details below).

Things I hate about the dentist