Sometimes it feels like my life is just a long series of awkward moments. It’s not all bad (I guess) – it gives me something to blog about, at least.

There are universal awkward moments that we all experience, and then there are those that are not so universal …

Those awkward moments we all experience

Let’s do a few quick ones:

Ones that are not so universal

I searched the internet for stories of people and their awkward moments.

These are so awkward

And then there’s me

Way back in my university days there were two friends I had a couple of classes with, Elri and Carike.

One day Carike was telling me a joke, and I zoned out and didn’t hear the whole thing. At the end, when it sounded like there was a punch line, I laughed (because I’m a bad person).

This is when I panicked and said that she should tell it since it’s her joke and I always mess up jokes. Luckily, I got away with it.

In truth, I usually mess up jokes because whenever I’m stressed out or super excited. I stumble over my words, and that’s not great for any kind of storytelling situation.

Do you know that awkward moment when your chair makes that suspicious squeaky noise? Isn’t it terrible?

A few years ago, I had friends over at my house and we all sat at the dining room table. The chairs in the dining room have pleather (plastic leather) cushions on them that make that squeaky noise. We were sitting there eating cake and having a good time when suddenly that suspicious squeaky noise came from my chair.

Everyone just looked at me and laughed. “No, it was my chair,” I kept saying, and they were like “Yeah, right.”

I was determined. I told them that if they move around on their chairs that they would make the same sound, and they did. It was still quite awkward.

I’ll admit it; I am absolutely horrible with names. I was in the same class as people for a year or more, but I could never remember their names, which makes me sound like a terrible person. (I’m not great, but geez, I’m not terrible.) After a while, it gets embarrassing to ask someone’s name.

I used to work at the campus paper and made a couple of friends there. There was this one guy who I ran into a lot on campus. For some reason I thought his name was Michael and every time I greeted him on his name, he looked at me funny.

It’s not like there’s much you can do when these awkward moments happen. You just have to embrace it.

Here’s to many more awkward moments. 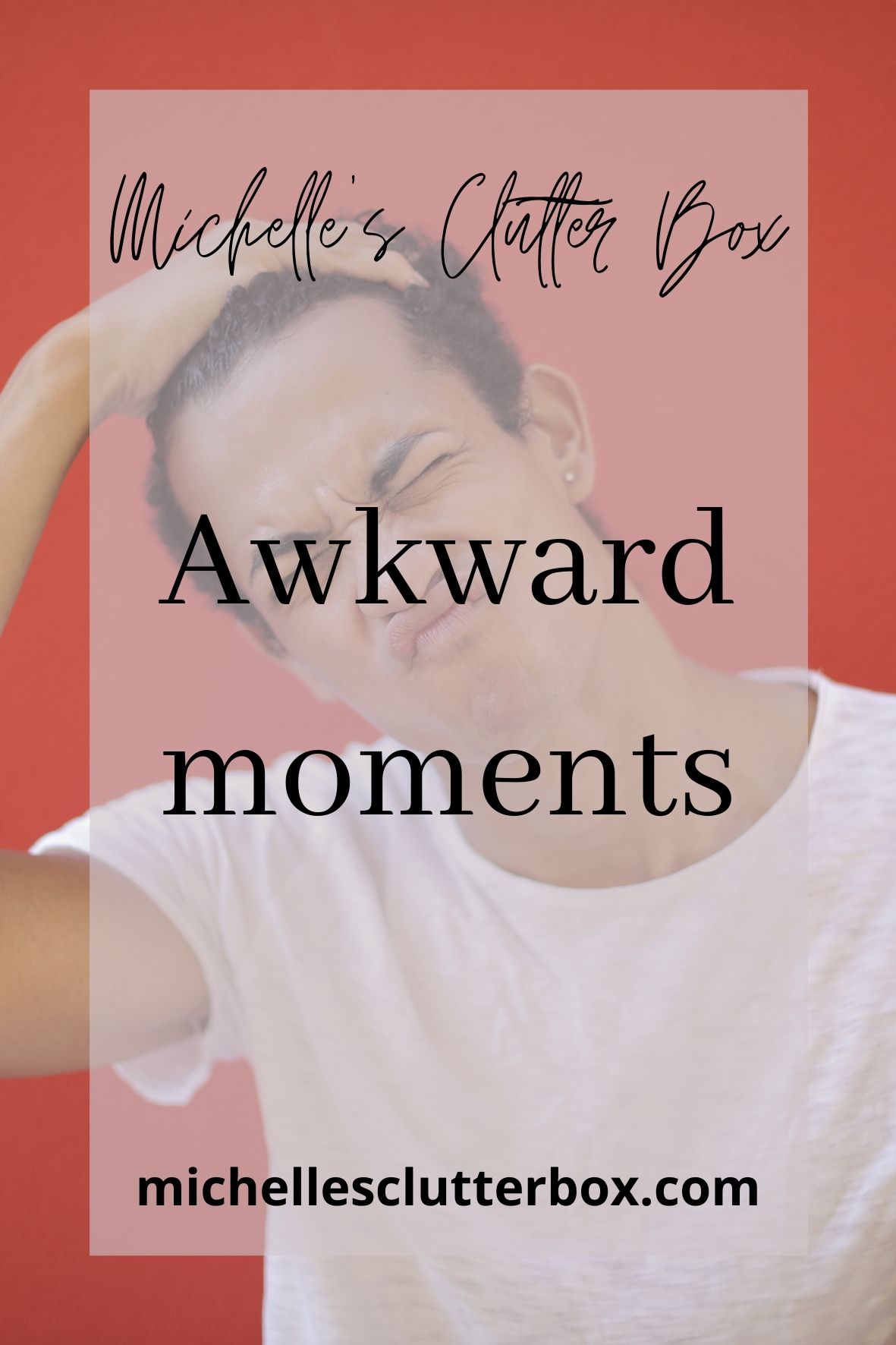