So, I played a mind trick on myself and I didn’t even know it – real Jedi knight type thing. I Pavlov-ed myself into losing my uncontrollable cravings for chocolate.

I’m sure the term ‘Pavlov’s dog’ rings a bell (pun intended). Ivan Pavlov was a Russian scientist in the 1890s.

He did experiments on dogs. Whenever he fed the dogs, he would ring a bell. Later on, the connection between the bell and the food had been ingrained in the minds of the dogs. So much so that later on he rang the bell with no food, and then the dogs would drool.

During the lockdown, I gained a bit of weight. Not anything too drastic, but enough for my jeans to sit too tight and for my mom to tell me that I got fat.

So, to fight the fat, I decided to focus on exercising again and I specially ordered quality whey protein so that I would burn fat and gain muscle – the best way of going about it.

The whey protein that I use is honestly great. It’s super pure, without sugar or other weird things thrown in there, and so far, it’s been working well (if I can just stick to consistently drinking it). However, I’m not a fan of the taste.

So, the way to (kind of) get around the taste, is by mixing the whey protein and drinking it as fast as I can and eating two blocks of chocolate right after – to get rid of the taste.

How did I notice?

I got a lot of chocolate for Christmas – as in 7 slabs of chocolate. A week after, I still haven’t touched most of them.

This was weird for me because usually chocolate doesn’t last long in my vicinity. I just wasn’t craving it – at all. So much so that my family started asking if I was sick and my boyfriend was just like: ‘Who are you?’

It was strange because it’s not like I suddenly gained the power of self-control.

After giving it much thought, it occurred to me what I had done. I had made such a strong negative connection between the chocolate and the taste of the whey protein that I didn’t crave chocolate anymore.

On the one hand, this is kind of great. On the other hand, I’m unsettled that I could do this to myself – unknowingly.

Well, this is certainly the weirdest weight-loss tip I can give you – just Pavlov yourself.

Has anything like this ever happened to you? Please tell me about it in the comments. 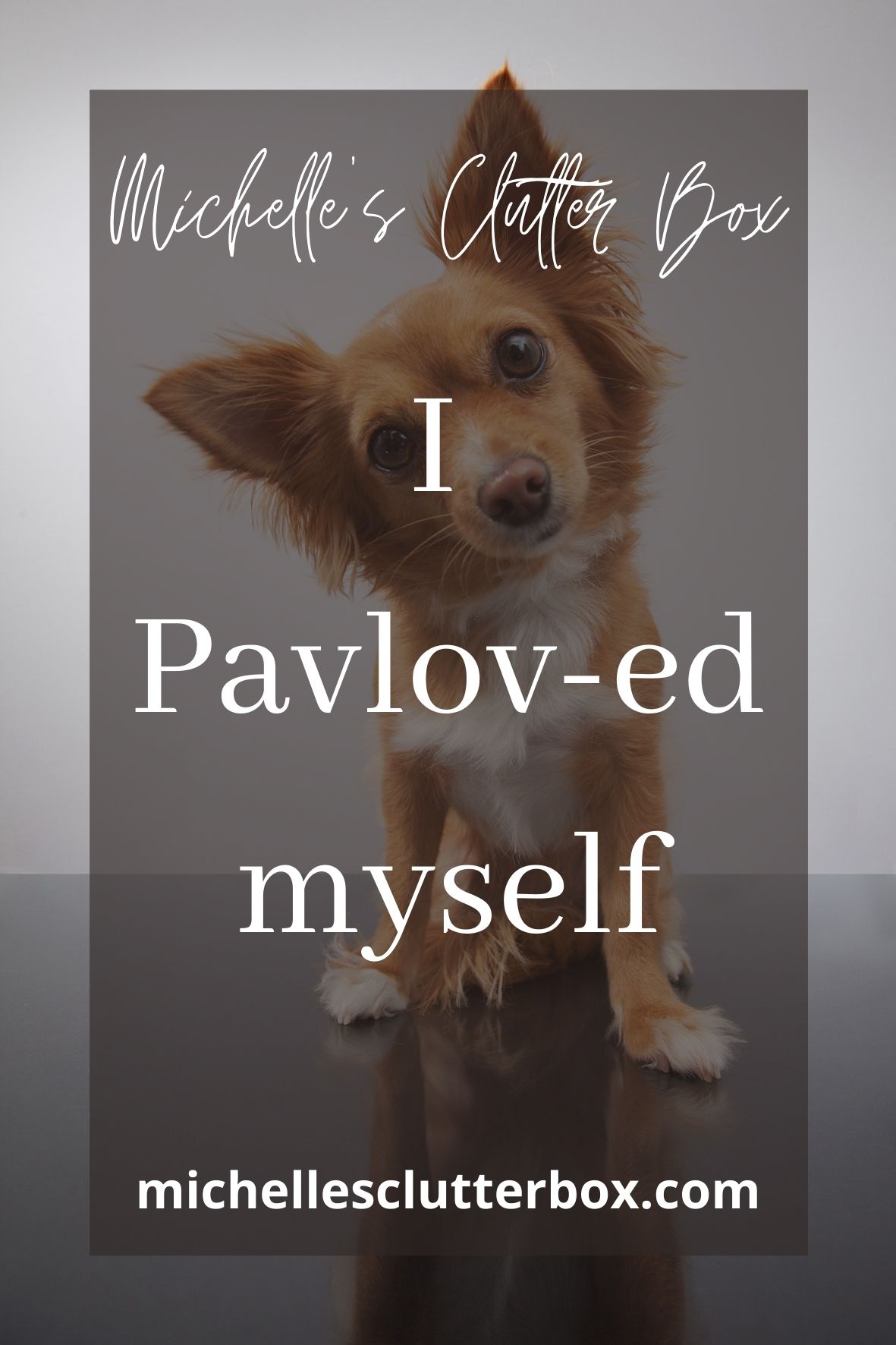 Watching television with my dad