My dad loves watching television. I wouldn’t say it’s a problem because he loves reading books and the newspaper as well (and occasionally getting on my nerves). It’s so funny watching television with my dad – he says the weirdest and funniest things.

Sometimes he is more entertaining than the show we’re watching. Here are a few tidbits to illustrate.

We have a lot of reruns on South African public television, so one evening a rerun of Marmaduke (a kiddies movie about a dog and the dog can talk). We watched a scene where Marmaduke’s owner risks his life to save the canine.

My dad saw this and said, “Oh please, I would also save a talking dog!”

Dad and the English language

My dad has a problem with the English language. Well, that’s not completely accurate.

My dad has both an issue with English (his second language) and hearing problems. These hearing problems were caused during the year or so he was forced to join the army and mainly worked with cannons. In those days earplugs were apparently ‘just a gimmick’ – so yeah, he has some hearing loss.

He struggles to keep up with the story when people talk English too quickly. But he loves American TV shows, especially the legal, criminal, and political dramas. So, when we all watch a show together (we used to watch Suits together) we would watch in silence, and then during the ad break my dad would put the TV on mute and then ask “Explain to me what the hell just happened” Every damn time – it’s so funny.

Sometimes my dad forgets what things are called. No, he doesn’t have dementia, he’s been like this since I’ve known him.

You know how sometimes you forget the name of something and then you try to explain it, or you think of something similar and say, “Oh, it’s like that thing.” For instance, once I forgot the word for rhino and said: “It’s that obese unicorn animal.”

That’s the kind of thing I’m referring to.

One evening my dad was watching television, and I came into the room, probably looking for something (our house is like a freaking black hole). My dad asked me if I wanted to watch this show about meerkats. I looked at the television and saw that he was talking about Alvin and the Chipmunks. He couldn’t understand why I was laughing.

Shows should be plausible

My dad hates a story that can’t really happen. Anything Sci-Fi or fantasy he can’t watch – he especially hates alien movies.

Apparently, he has no problem with movies with talking animals (because that could totally happen, right?). Of late, he got into reality shows. Recently, he has been watching a lot of Pawn Stars and Storage Wars. I don’t mean to burst his bubble, but I have my doubts about the authenticity of those shows.

But I digress again.

One day we were talking and my brother mentions the stuff that he watches – the cool series and whatnot. And my dad goes on his little tirade about how he can’t watch something that can’t happen in real life. This followed:

My dad: Why do you watch this nonsense (like Game of Thrones), you know it can’t happen in real life?

My brother: Why do you watch the lottery?

And then my dad was silent.

Apart from his quirky sayings, another one of my dad’s old man habits is to fall asleep on the couch in front of the television. He does this almost every evening.

A few years ago, we bought him one of those aeroplane travel pillows, so he could be more comfortable, but he never used it.

It usually happens after the news. He just puts his feet up on the small table, folds his arms over his chest and drifts away to dreamland with his head hanging slightly to the side and his mouth ajar.

I never thought that this habit of dad was weird until my one friend said that it was so funny to her.

Do you have any funny stories about your family’s TV habits? I’d love to hear all about them in the comments. 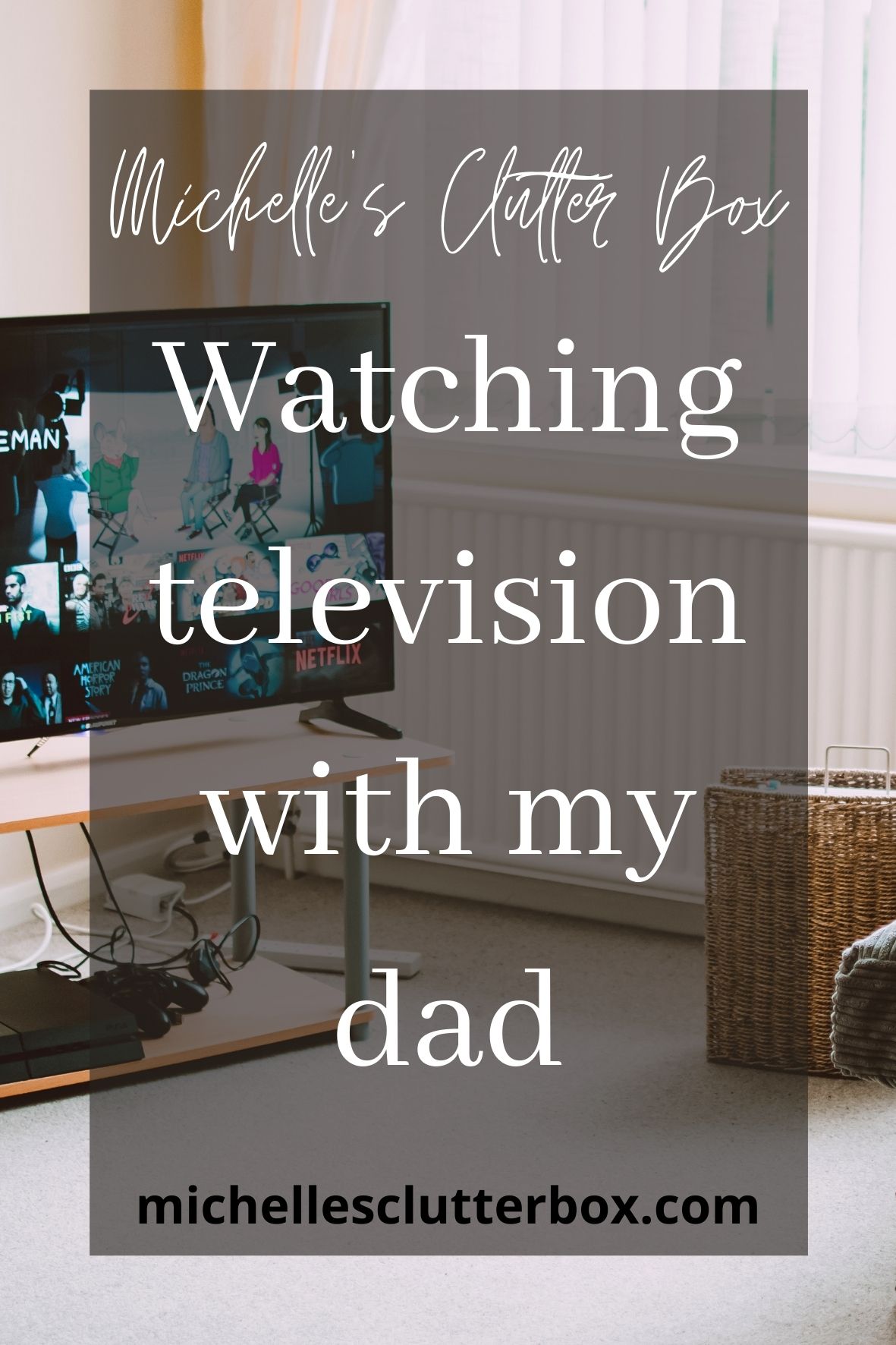 My image of America