Lying has always been an interesting concept to me. Lies are everywhere these days (just take Instagram, for example) – even on a former president’s Twitter account. So, let’s talk about lying.

Tales from my teaching days

I used to teach here at the university in town. I mostly taught first-years (freshmen), and let me tell you, students have no shame in lying to me to my face.

There have been many students who emailed me before class saying how sick they were and how they could not come to class. But then I would see them on campus after class, or I would bump into them at the grocery store.

Geez, if you’re going to lie like that, at least stay at home.

There was a funny incident with a student who came late to my class one time. I hated it when students were late because it disrupted the entire class.

So, the guy comes in without his bag, which was already there, and I ask him why he’s late.

He explained that he’s not technically late because he came to class before class started and no one was there. He put down his bag and ran an errand.

We had a quick conversation about his excuse:

Me: And there was no one here?

Me: Are you sure it was this venue?

Me: That’s strange because I was teaching here from 8 to 10.

His face was priceless.

You know what? Students will be students; you can’t stay mad.

I love how kids can’t lie. They just can’t, and when they try, it’s just so obvious that they’re lying.

Kids are so brutally honest, usually to the embarrassment of their parents. But parents aren’t so innocent – they lie to kids like it’s nothing. Just think about Santa, the Easter Bunny, and the Tooth Fairy.

As a child, I believed in all the above, because my parents told me they were real. However, I did find it strange that my dad was never around when the ‘Easter Bunny’ hid eggs in the garden, or that my mom disappeared when I put my tooth under my bed.

Later I put two and two together, but I still pretended to believe in these mythical creatures for financial gain.

Here in South Africa, we don’t have the Tooth Fairy, but the Tooth Mouse (Tandemuis in Afrikaans). Apparently, it’s a mouse that takes your teeth to build a house or something like that and leaves money for the kids.

When you shed one of your teeth, you put the tooth in a shoe, and the shoe under the bed.

When I was about five or six, I started shedding my milk teeth. During this time, I adopted the cunning method of chewing on only one side of my mouth (depending on which teeth were coming out) because I didn’t want my dad to pull my tooth or to go to the dentist to have it pulled out. I still don’t like dentists; I think I’ve mentioned this before.

On this occasion, one of my lower front teeth was loose. My father, being the helpful man that he is, didn’t want me to walk around with the pain of a loose tooth for days and kept offering to pull it out.

I kept refusing because I wanted to wait for it to fall out on its own. Then my dad said, “Okay, let me just feel how loose it is then.”

Innocent little me thought “Hmmm okay, he wouldn’t lie.” I agreed to my dad’s proposition and about thirty seconds later I no longer had a loose tooth. 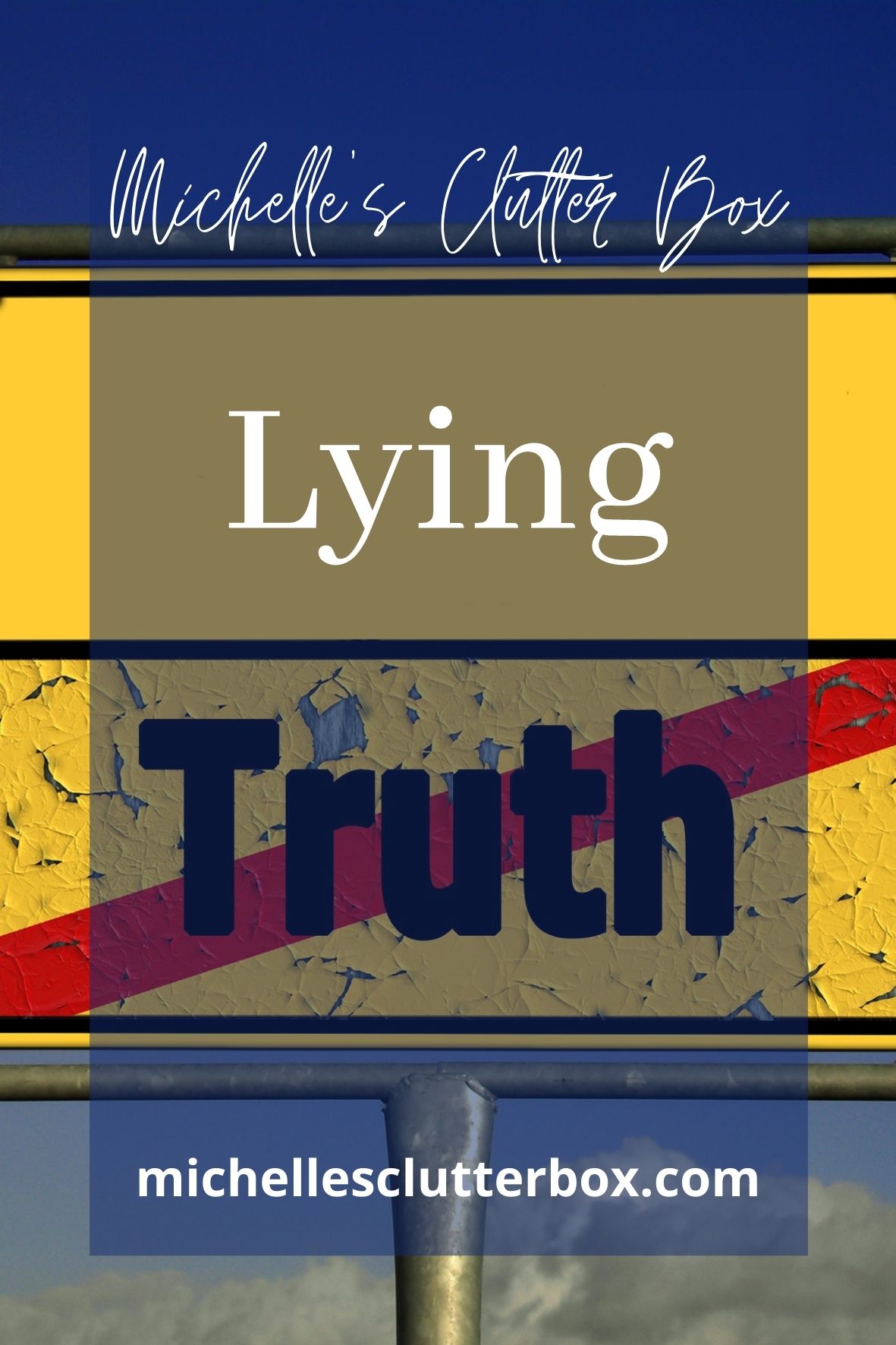 No one is innocent; we all lie from time to time. Sometimes you lie for your own safety; like when your wife or girlfriend asks if her jeans make her look fat. Of course, you say ‘no’.

Lawyers are notorious liars with phrases like, “My client has no memory of that.” Just ask the people who got OJ off – he literally wrote a book about how he would have done it.

Then there are embarrassing lies. Bill Clinton’s “I did not have sexual relations with that woman” is still famous today. Do you think he would have been president for a second term had it not been for his cheating? How different would the world be?

There was a TV show where the producers would ask contestants questions while attached to a lie detector. They asked questions varying in intensity, and it got so cringe-worthy. I could barely finish an episode. But feel free to check it out here though.

There are some lines that we all know that are infamous for being lies. For example:

Hey, I know a shortcut

There is always some idiot saying this. Do not trust them. If you’re driving, rather listen to the nice lady on the GPS; unlike the idiot, she knows where she’s going.

This won’t hurt a bit

We will only stay for a little while

They don’t; they stay for hours and hours, and eat your food and then leave when it’s convenient for them.

Yeah, you’re drinking again. What you meant to say was that you never want a hangover again.

I think it’s better to just tell the truth and say you messed up. I always have a lot of respect for that.

Do you have any funny stories about how people were caught lying? I’d love to hear about them in the comments.