Get ready for the weirdest rant I’ve ever gone on … Recently we’ve had a lot of rain, and I’m very thankful for it because it broke the drought. However, with the rain, there are a lot more moths in our house and it bothers me because moths are so weird.

So, let’s talk about moths – the drunk people of the insect world. Or rather, moths are like butterflies, if butterflies dropped out of school and further disappointed their parents with their life choices.

Since I’ve been surrounded by these creatures for the last couple of weeks, I have noticed some of their habits.

Go to the light

We all know that moths are attracted to light. They are particularly fond of the overhead light sources in our homes i.e. the lightbulbs in the ceiling. Sporadically you will find one of them spinning around the majestic light gods. Even if they bump into the light and get hurt, it’s not long before they’re at it again.

When I see this in my room, I switch off the light (just to mess with them) and back on. This has varying results, kind of a Schrödinger effect if I’m honest. Either the moth disappears, or they’re not fazed at all and spin around the light once again.

Ninjas that go for the face

Another strange thing about moths is that they come out of nowhere. One moment you’re getting dressed for work and the next there’s a moth three centimeters from your face. Which brings me to my next point …

Moths always want to get up in your face. I hate that. That’s why I say they’re like the drunk people of the insect world. Moths are like that drunk guy at a party who takes you by the shoulder and says, “Hey, hey, hey, come here, I want to tell you a story,” and then they have the storytelling skills of a four-year-old.

I’ve spotted a moth sitting in the spot for about two days. It makes no sense, it wasn’t even blending into its surroundings.

And now here’s a clip from the British comedian, Sean Lock, also talking about moths.

They’re not all bad

As much as I dislike them, moths do have a purpose in our ecosystems – we just wouldn’t be the same without them. They are food for many animals and they pollinate flowers. It’s the same as drunk people, they stimulate the economy with their drinking habits. Not only do the alcohol manufacturers benefit, but also of insurance and security companies that have to deal with their shenanigans.

So yeah, I really hate moths. 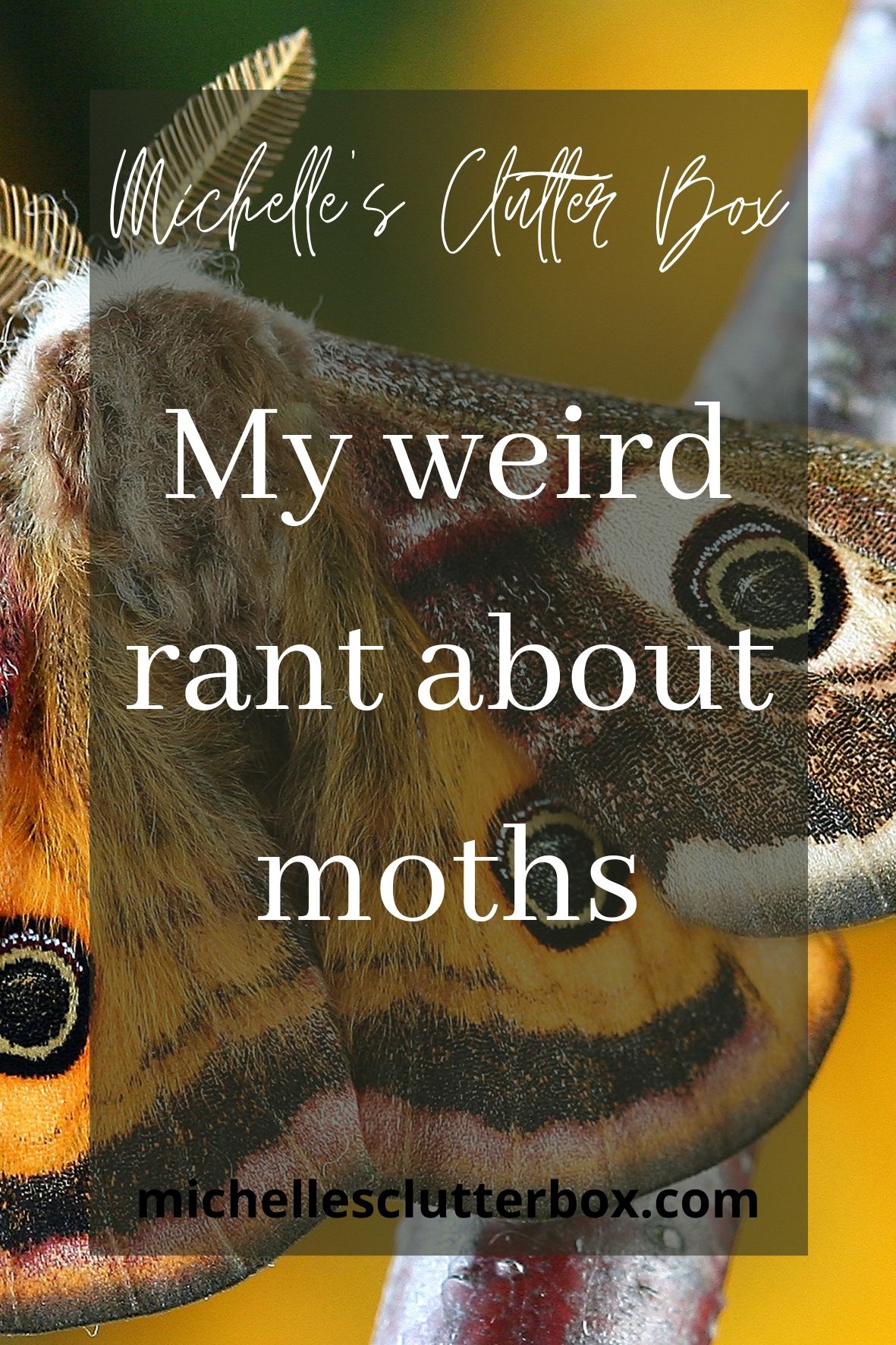 Love in the time of Cholera