I realise that I’ve been writing quite a lot about our move to Australia, but honestly, it’s given me so much material to write about. So, sorry… This week I want to talk about what I love about Australia so far. Obviously, there are things I’m not a fan of, or just confused by, but I’ll get to that in a next post.

I realise that in much of the developed world, the thought of public transport gives you shivers down your spine thinking of being surrounded by Walmart-like creatures, mullets, and creepy stares, but here in Oz, it’s kind of great.

Let me be clear, having your own car gives you a lot more freedom and mobility, but I’ve found public transport to be a pleasant change of pace to South Africa.

There is very limited public transport in South Africa, and it is generally very unsafe and unreliable. And if you didn’t want to use public transport, you have to get an expensive private taxi because most places don’t have Uber.

Here in Oz, you can get by on public transport, but it takes some planning on your part. It’s safe, clean, and gets you where you want to go. You just need to make sure you get off at the right place – which seems to be a problem for me. And there will definitely be some walking involved to get from one bus or train stop to the next, so be sure to slap on some sunscreen.

Let me be clear, I’m perfectly aware that there is crime everywhere. However, some places have much more crime than others (places like South Africa).

I feel quite safe here. I don’t have the terrible feeling that someone might jump out of nowhere and mug me all the time. But I also won’t do stupid stuff like walk around alone at night and leave my stuff unlocked when I’m not there.

The people here are so friendly. This is something we also had in South Africa, so it reminds me of home. Strangers in the street greet you and people in the shops start conversations with you. It’s nice.

I was delighted to hear that the tap water is safe to drink here. In South Africa, you can also drink tap water… if you want diarrhoea. I stopped drinking tap water in South Africa in 2014—after I kept having diarrhoea.

In South Africa, we have trash everywhere. It’s mostly a lack of municipal services and just a general lack of fucks given. Here in Oz, it’s mostly clean. People throw their stuff away, and there’s very litter.

This brings me to my next point.

Recycling is a big thing here

Where I lived in South Africa, people didn’t really care to recycle. The closest we got to recycling is putting our recyclables into separate bags and then homeless people will come round on collection day and take the recyclables and recycle them for money. Honestly, that’s how many people make a living (or more like, just survive).

But here in Oz, recycling is just a part of life. There are different bins for different rubbish. It’s just part of the culture. You also get money back on most plastic bottles if you take them to be recycled. It’s awesome!

The public parks are awesome

There are so many public parks. It seems like if you live in the suburbs, there will be a park within walking distance from you. The parks are clean and well-kept. The kids will have a great place to play, and some parks also have gym equipment. How cool is that? You don’t have to join a gym, just go to the park. 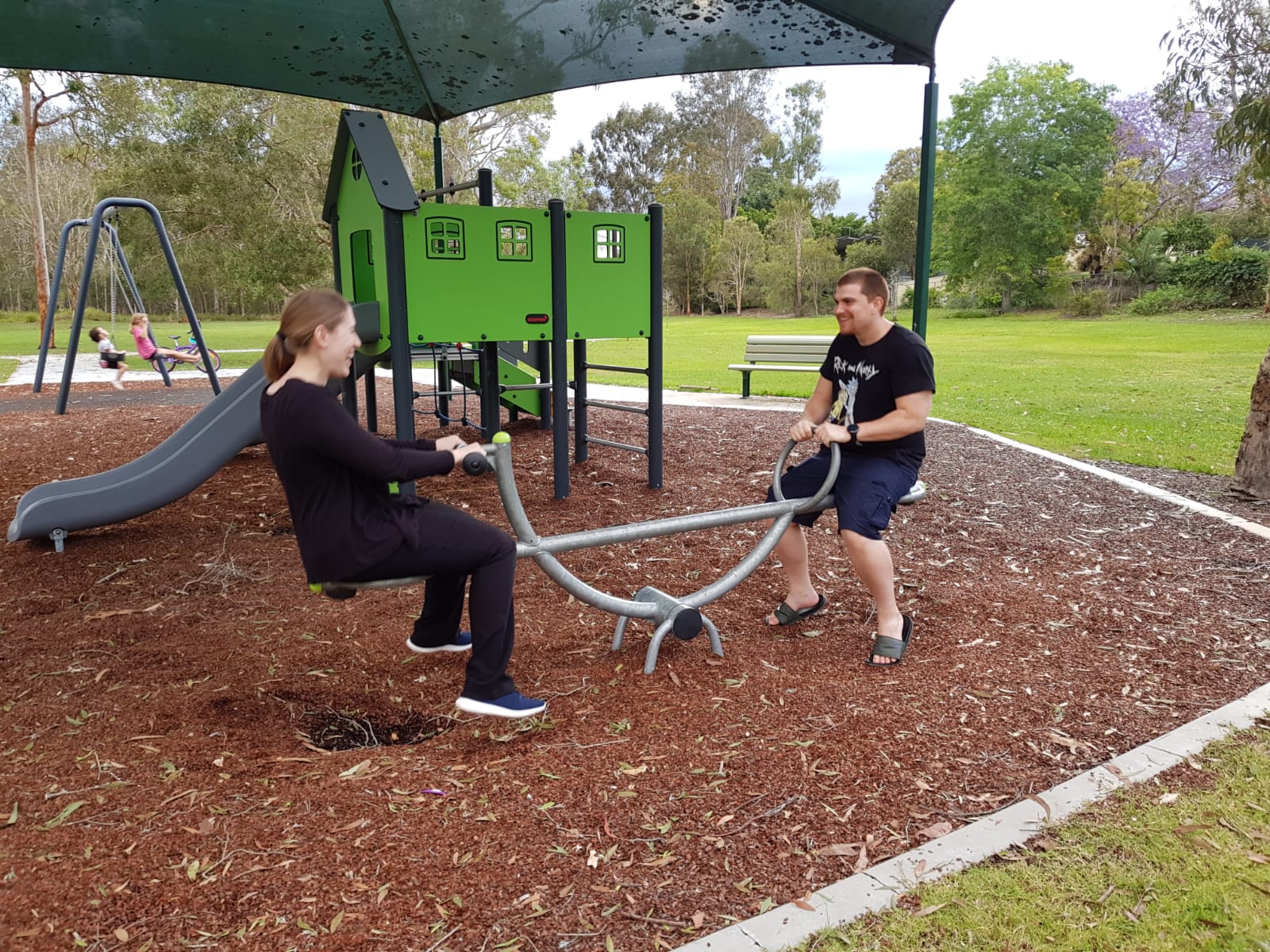 My husband and I acting very mature. You’ll see my nieces in the background.

Do you like where you live? What’s the best or worst thing about it?

Australia – the journey so far