I’m a blackbelt in karate and it took me 5 years to get my dan (which is the standard amount of time if you don’t skip belts). Starting any martial art is a major commitment, that is if you want to get anywhere with it. It’s strange how I ended up as a blackbelt because it’s not something I planned. I’m getting ahead of myself – let me explain how I started doing karate.

I’ve never been athletic (I tried a bit at school, but it just wasn’t for me). I was never into exercising, and a huge nerd. I also didn’t have much of a pain threshold, which is something that has improved tremendously.

In 2014 I started to work and earned a salary. It wasn’t much, because I was only a student assistant who worked 12 hours a week, but it was enough to burn a hole in my pocket.

I planned to learn how to play the piano. It was something that always looked so cool, so I wanted to try it out. The plan was to start taking lessons after saving up enough money to buy a second-hand piano or keyboard. I never bought one, because something else was about to take up my time and money.

One day I walked into one of my colleagues’ offices to ask something; instead, she asked me if I wanted to be her self-defense partner. Her brother did karate at that dojo and she wanted to join the self-defense class. Without thinking I said ‘yes,’ which is kind of out of character for me.

Anyone who knew me then knows that I didn’t have what would be referred to as “upper body strength” and I was generally just a physically weak person. Since South Africa is not renowned for being the safest country in the world, I thought that it would be good for me to learn how to defend myself if I ever needed to.

I started with the self-defense classes and they were pretty cool. Not only did I feel like a badass, but it was a lot easier than I had anticipated. I was really into the classes after a few weeks. Our instructor was also the sensei of the dojo that we trained in. Unfortunately, my training partner disappeared after two weeks.

In the same venue and time as the self-defense classes, a karate class was always busy. I would look at it and think it’s too difficult for me to do.

One night my sensei and a senpai demonstrated an attack and defense drill for the self-defense students and it was just the coolest thing I had ever seen. That’s when I decided that I might just give this karate thing a try.

I saw E-basic and it was just the coolest thing ever, that’s when I decided that I might give this karate thing a try. 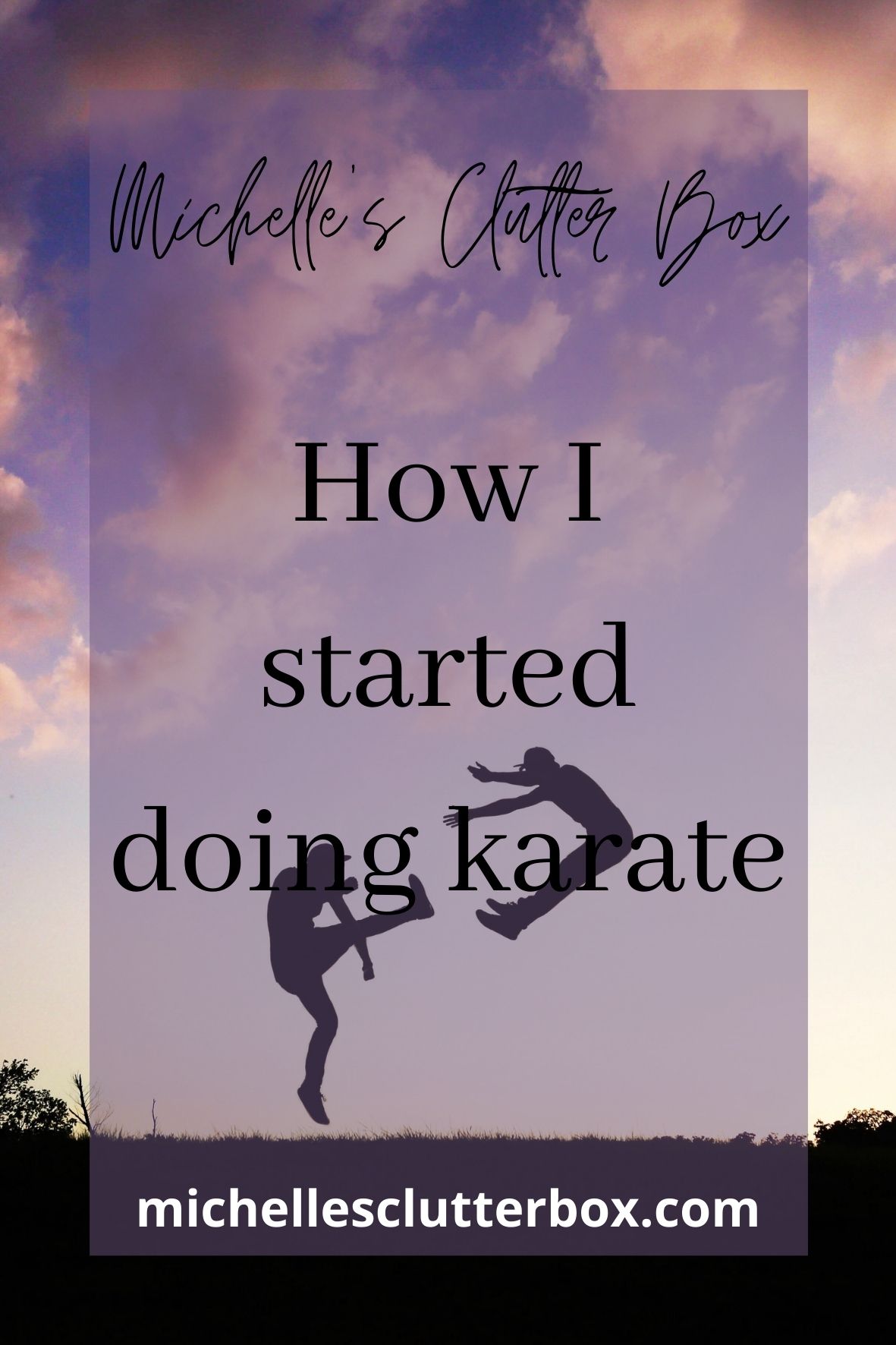 And then it began

Later on, towards the end of the year, the sensei asked if I’d be interested in joining the karate class and I did. At the start, all the belts were in one class, so I could see the syllabus for all of them.

I learned the whole white belt syllabus in one night. This is because the students were getting ready for grading, so they had to go through everything. It’s not a lot to learn, but it is a lot to take in in one evening.

And so, I enjoyed the karate, it made me feel strong and confident that I was doing this thing that was out of my comfort zone. The initial plan was to just see how it goes and stop whenever. Well, you know how that turned out.

Then after two years, I did my master’s and that was a shit show all round.  I did have to stop for a while and missed one grading, which I was lucky to make up a little bit later.

The higher I graded the more I thought, “Hey, maybe I can do this.” And you know what? My blackbelt is just proof that I shouldn’t let anyone tell me that I can’t do anything, because you become whatever you’re committed to, just give it time.

I thought I’d stop now that I have my blackbelt but realised that it’s like stopping driving once you get your driver’s license. The real journey starts here, and I’m super excited. I’ve also started to judge at competitions, although I’ve still to pass my judges exam – don’t judge me (pun intended), that test is quite difficult.

A question I get often

Finally, the question that you are probably asking concerning my self-defense and karate classes is, “What do you do if your attacker has a knife or a gun?” The answer is simple. Actually, “The hitchhiker’s guide to the galaxy” phrased it the best:

Well, to hear what you should actually do, you’ll have to contact me or join a karate class. I would love to hear from you.