Have you ever been asked this question: “If you could choose, how would you want to die?” Most people say something like they would like to die peacefully in their sleep, but unfortunately, not everyone is that lucky. That is the topic of this post – I explore some of the dumb ways to die.

This post was inspired by my dad who has acquired a morbid liking to the show “Thousand ways to die”. Basically, it’s about the dumb ways people have died around the world (but they’re mostly Americans). The following absurd ways to die have been categorized into those who died because of their own stupidity and then those who were just unlucky.

You know how a lot of guys are afraid of periods and tampons, right? This first guy could have done with a bit of that. Mark Gleeson, had problems with his chronic snoring. He thought if he shoved two tampons up his nose, it would solve the problem. One night before bed, he did just that. He then suffocated and died in his sleep.1

Too much of a good thing

One woman, Jennifer Strange (cool surname) died after drinking too much water i.e. water intoxication. There was a competition called “Hold your wee for a Wii” held by a California radio station. Basically, the competition entailed that the competitors drink a lot of water, as much as they could, without going to the bathroom. All of that just to win a Wii console.1

Next, one guy decided it was a good idea to jump into a swamp and shout “fuck alligators”. As you might suspect, an alligator ate him. Alcohol was obviously involved – he was wasted. There was even a sign that warned people not to do stupid stuff like that. Next time you see a sign that states the obvious, just know that it’s because of stupid people like this. (I call cases like this natural selection.)2

Then there was the guy who fell from the window of a tall building – self-inflicted, of course. Apparently, one of his quirks was that he showed how strong the building’s window glass was by running into it. He had done it many times before, and nothing came of it. However, one day he was unlucky. As he slammed into the window, the frame came loose and the man fell from the building.2

Lastly, idiots have been with us forever – take Clement L. Vallandigham who lived in the 18 hundreds, for example. He was a lawyer (with a colourful history) who was tasked with defending a man who had been charged with murder. He wanted to prove that the victim had accidentally shot himself when pulling his pistol. Vallandigham then decided to demonstrate how this kind of accident is possible. He took a gun, which he thought did not contain bullets, and demonstrated – by shooting himself. He died right there.3 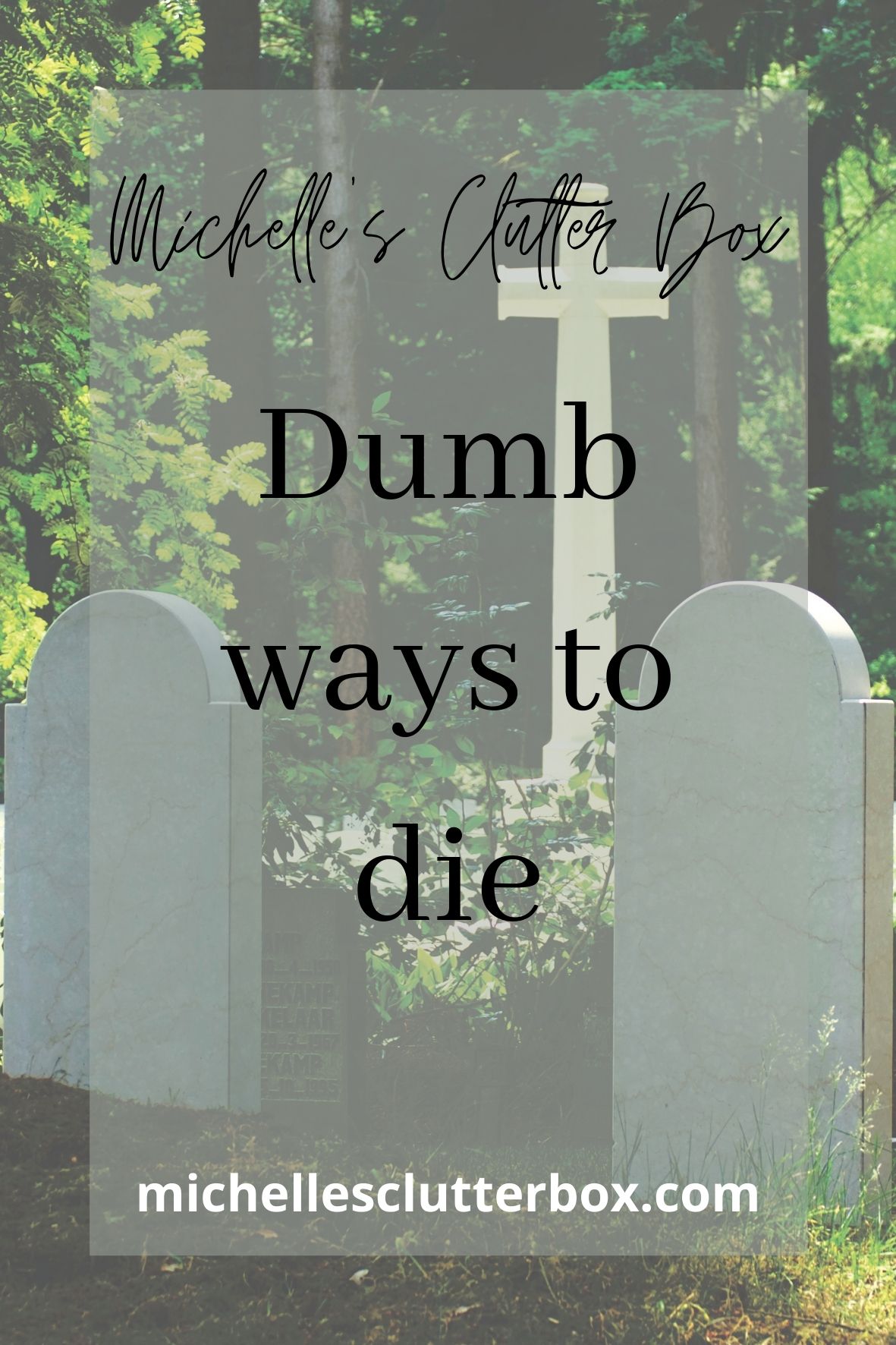 A chef in China was bitten by a cobra – doesn’t seem weird, right? Except the cobra’s head was cut off about half an hour earlier. The chef had put the cobra’s head aside while preparing a meal with the body. What are the chances? The cobra avenged his own death.1

It started with a dog

This next one is an unfortunate series of events. In 1983, in Buenos Aires, a dog fell out of a window from the 13th floor of a building. This dog landed on a woman who was walking by and she was killed. It gets worse. A group of people who witnessed the accident, much too curious for their own good, were hit by a bus. That is when a second person was killed. Then it gets worse again. A guy who saw both people get killed had a fatal heart attack.1

Boys and their toys can be deadly. Roger Wallace had a liking for radio-controlled planes, but it seems that they can be sneaky little buggers. He was hit in the head by his own plane. This was because he had lost sight of it and it hit him. Considering that it weighs about 3 kilograms and hit him at about 40 miles per hour, it’s no wonder it was a fatal blow.1

Legend has it that the Greek philosopher, Chrysippus (207BC) died laughing. He got his donkey drunk, which probably means he was drunk too. Heavens know how he got the donkey to drink wine, but anyway. He laughed as the donkey tried to eat figs, and apparently, it was the funniest thing.1

The next one involves stupidity and rotten luck. A few years ago, there was a story in the news about a teenage couple in England who died when they were having sex on a balcony. Apparently, they lost their balance and fell to their death (read the whole story here). This gives a new meaning to the phrase “safe sex.” (They came and went at the same time. I’m sorry, I couldn’t help myself).

I must admit that I laughed when I heard about it, but then I thought about it. Maybe it wasn’t the noblest way to go, but it’s not the worst (as you may have noticed by now).

If I had to choose a way to die, I would choose death by chocolate (ba dum tss – and sorry for any diabetics who were offended by that joke). If I’m serious, dying in my sleep as an old lady does seem like a good way to go.

The thing is, I’m not afraid of dying, I’m afraid of pain. So, if I’m not going to die in my sleep, I would want to die from anything that kills me instantly. Also, it has to be unexpected. I think if you know you are going to die, the wait is the worst part. So yes, I would like to die instantly and unexpectedly.

Wow, this is morbid. As if a world-wide pandemic and recession aren’t bad enough. Sorry.