Many moons ago when I was still a student, I was a journalist for the campus paper. It was a great experience overall, but a few events stand out.

My taste of heaven

One week I had to write a story about one of the men’s hostel traditions (back when they were allowed to have traditions) for the campus paper. I wasn’t excited about it because I didn’t like that particular hostel. That hostel was (and is still) renowned for its jocks and I don’t like jocks.

I asked one of my colleagues how to organize an interview and she said that I could simply walk in and ask to talk to the Prime. I’m still not exactly sure what a Prime is, but it seems like a big deal. So, I did as I was instructed and just walked in, and boy was I surprised.

I was in that hostel for probably two minutes and saw about ten/fifteen guys. It was like these guys had some kind of aversion to wearing shirts. And they were ripped! It took so much concentration to look them in the eyes. (Is that what men go through with women’s boobs?)

The Prime wasn’t at the hostel at that time, but at that moment I wasn’t too sad about that. Eventually, I contacted the Prime and arranged an interview. Needless to say, my opinion of that hostel has changed a bit. They’re not that bad.

Called a colleague by the wrong name

I’m terrible with names. If I can’t make a weird association in my mind with a name, it’s just gone. After you’ve known someone for a while it’s awkward and embarrassing to ask what their name is again.

This one guy, who also worked for the campus paper, initially introduced himself to me and I promptly forgot his name. Later I heard someone call him Michael (or that’s what I thought I heard). We ran into each other quite a lot on campus and every time I greeted him, he looked funny at me. I never knew why until I heard someone call him by another name, his real name (which ironically escapes me now, however, I distinctly remember it not sounding anything like Michael). How do I do these things?

One of the weekly features we had was a Vox pox. You had to think of a relevant topic that you wanted students’ opinions on. I did a couple of those. You basically walk around campus and harass students. You ask their opinion and details and then take a picture of them. Sounds simple, right? Wrong.

It was so annoying when students gave ludicrous or offensive answers, so then I had to go harass someone else. Also, it was frustrating when the students wanted to look away into the abyss when I took their photo. A couple of times I thought that they misunderstood, but no, they wanted to look cool – which they didn’t. Also, I had the worst camera, but yeah, you make do with what you have. 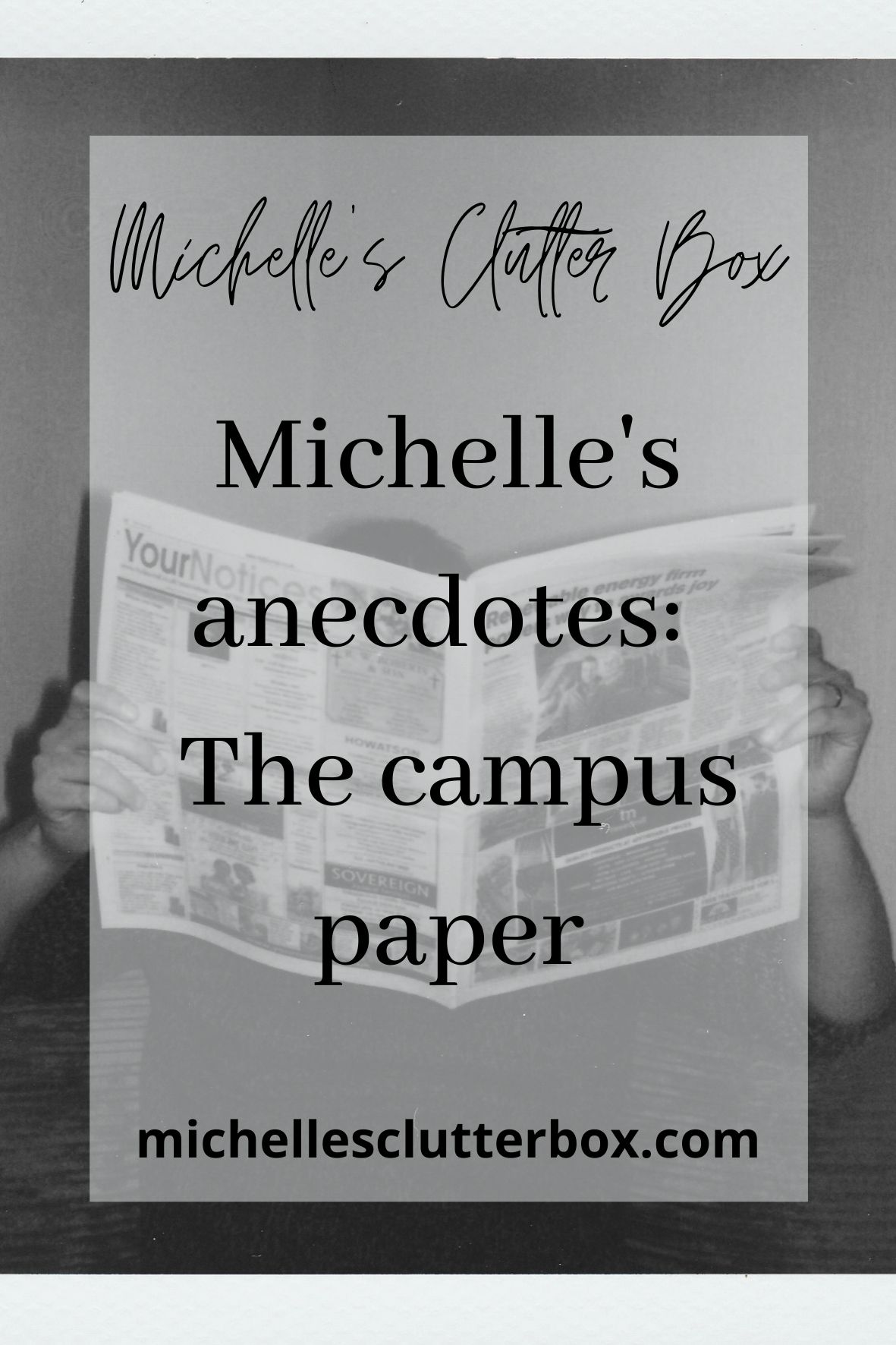 I learned a lot

I initially joined the campus paper because our journalism lecturer suggested it. Obviously, it’s great experience if you’re thinking of going into that field.

I learned a lot about the industry, deadlines, and time management. Also, I had to think of topics to write about every week, which was a nice challenge. I have to do the same with this blog, so I know what to do when I’m stuck. It was also pretty cool seeing my name in the paper every week – let’s be honest.

In addition, it was nice just to be part of a campus activity. I wasn’t involved in a lot of stuff on campus – I rather focused on my studies and most of the ‘activities’ on campus either involved money I didn’t have or a lot of drinking and I don’t drink. Also, for the most part, I didn’t have my own transport so that was also a limiting factor.

As I said, I did learn a lot but I didn’t like the prospect of being a professional journalist at that time. I think I was still a bit immature. Maybe I’ll give it a go again later in life. I mean, I love writing and learning new things, and I can do research, so who knows.

All in all, if I had to choose over, I would definitely do it again. It was a great experience.

The difference between British and American humour