I live in South Africa where there is so much diversity. For instance, we have eleven official languages. The various cultures are all very different, but it’s important to remember that there are little things we all have in common.

I have an old comedy show of George Carlin where he talks about how everyone has a few specific little things in common. (You can watch it here if you like: George Carlin: Jammin’ in New York)

He says that these things are so insignificant that we never pay much attention to it or talk about it. Here are some of the things he mentioned:

1. Looking at your watch or phone, but afterwards, you don’t know what the time is

This happens when your mind is all over the place. You want to know what the time is, but in that second that you look at your watch, you’re not paying attention. Then you look up and realise you have no idea what the time is and you have to look again … and again and again, etc.

2. You walk into a room and then you don’t remember what you wanted to do there

This happens to me quite often. Most of the time I don’t even remember walking to the room that I find myself in; never mind what I wanted to do there. Come to think of it, I should probably be concerned about that.

Anyway, it’s very similar to going to the shops and forgetting to buy the one thing you actually went for.

I discovered this little phenomenon when I was about five years old. You know how when you lay down and you close your upper eye the pillow seems down there, but when you close the lower eye it seems higher? And when you do this quickly it looks like the pillow is moving? This is what George Carlin calls the moving pillow phenomenon.

4. Picking up something you thought was heavy and then finding out it is actually light (and then you feel really strong for a second)

This happens to me on a fairly regular basis. For some reason, I always assume that the milk carton in the fridge is full. Thus, I always pick up the half-empty cartons with too much force and end up hitting the roof of the fridge with it. I think there is a dent by now … 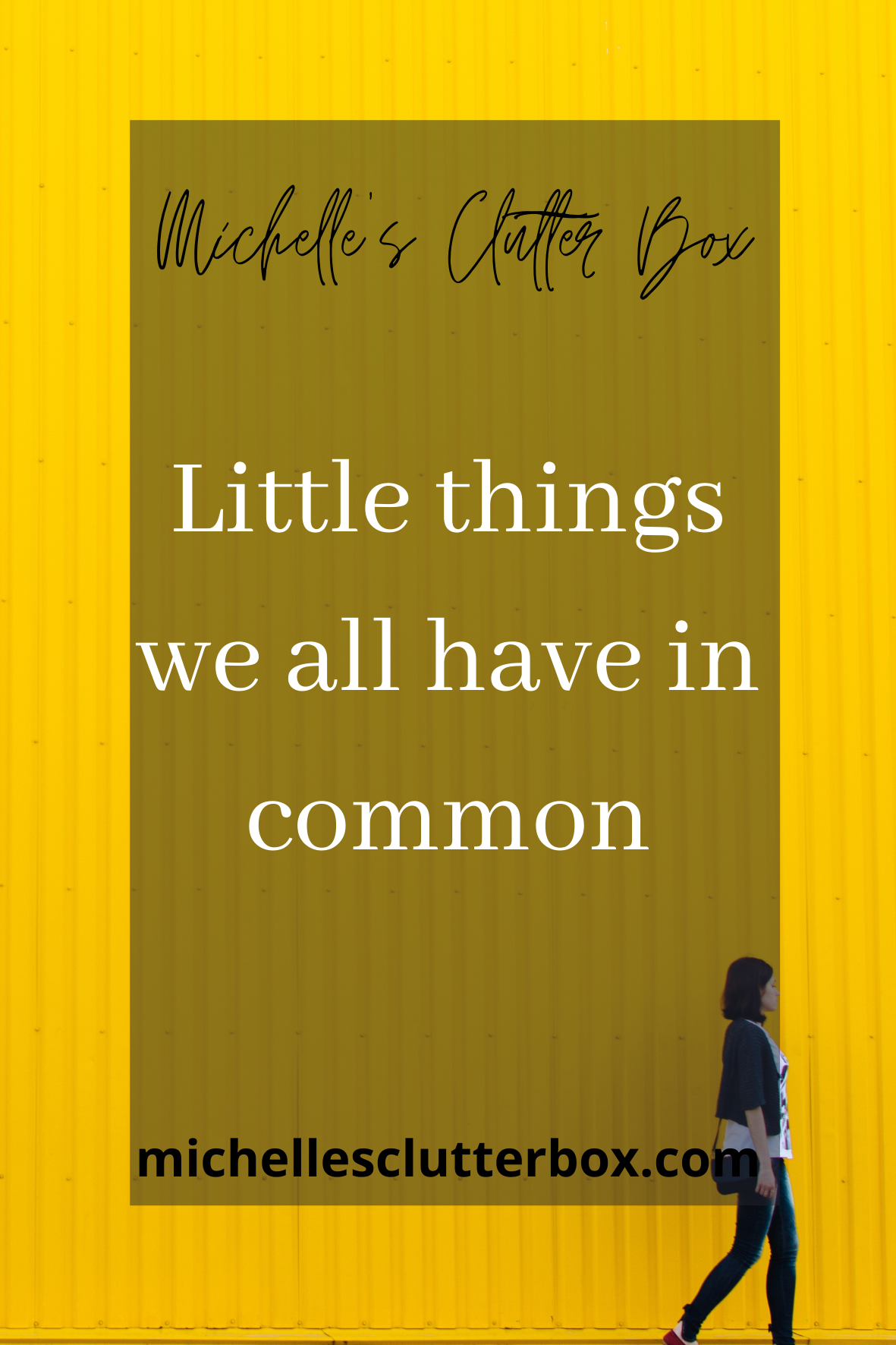 Those are some of my favourites that he mentioned, but I’d like to add some of my own.

You know those electronic doors at shopping malls and office building entrances that open by themselves? Most of them work with sensors and they pick up when someone is approaching and then open. But sometimes as you approach the door, it seems as if it’s not going to open for you.

That’s when the anxiety sets in and you start to wonder if you’re doing something wrong. You probably start walking slower to give the door more time to pick you up. Then, just before you come to a complete halt, the door opens and you’re okay again.

I’m sure a lot of you can relate to this one. People usually use this method of cleaning when its minutes before their guests arrive and the place looks a mess. That’s when you take a bunch of stuff, throw it into a closet, close the door and pray to God that no one opens that damn closet door.

3. Thinking of something funny and then laughing like an idiot

Like most people, I watch TV in the evenings or on weekends to relax. Most of these shows are comedies. Sometimes I find myself (usually walking to one of my classes) thinking of a show and then I chuckle as I remember some of the funniest scenes.

That’s when I realize that I look like a chuckling moron to other people who are walking past me. Or even worse, sometimes they think I’m laughing at them.

4. Asking “Are you okay?” when someone got injured

I do this too, but it’s an automatic response, isn’t it? It’s one of the most rhetoric questions.

I once worked at one of my old high school’s sports days as a first-aid assistant (man, did I regret signing up for that). Anyway, every time someone got injured and came to the first-aid tent some idiot would ask: “Are you okay?”

That’s when I thought, Does the person look okay?! They wouldn’t be here if they were okay. This one poor kid had blood all over him (the reason I regretted signing up for first aid). It’s almost as if people were expecting this kid to say something like, ‘Oh yeah, I’m okay; I just forgot to take my vitamins this morning.’

5. Saying ‘yes’ to anything to make people go away

It’s just so much easier than arguing, isn’t it?

For example, the other day I was at the shops and at the pay point, the cashier asked me if I had the store’s loyalty card. I said ‘no’ without thinking and immediately regretted it.

She then proceeded to tell me about all the benefits of the card and that it cost nothing to get one. The more I said no, the more she insisted that I get one. Geez, lady, no means no.

Anyway, later I grew impatient, and not wanting to be rude I said yes and took the stupid form to get a loyalty card. When I got home, I threw it away – out of deviance.

Lastly, a few quick ones

The point I’m trying to make is that we all have these little things in common because when it comes down to it, we’re not that different. At the end of the day, we have more similarities than differences.

What are healthy sleeping patterns and habits?

How to get rid of a creepy guy