What’s better than nostalgia about my school days right before the high school reunion I have no intention of attending?

Last time I wrote about some of the trouble I got into in primary school, so now I’ll focus on high school.

Best time of my life (so far)

There are a lot of people who have hang-ups about high school, for the most part, for valid reasons. Luckily, I am not one of these people. I had some of the best times of my life in high school, and I made awesome friends – some I am still friends with today.

In grade nine a friend and I joined the drama club. I only joined because I thought that it would make me less socially awkward (it did help a little). The drama club was awesome. I never got a lead role (I didn’t say that I was any good) but it was so much fun and I’m still friends with a lot of the drama people – see the previous paragraph.

The last year of school was definitely the best. Matric (sigh) . . .  awesome memories. The thing about matric is that you suddenly get this ego because you’re the oldest in the school and at the beginning of the year all the grade eights are scared of you. It wore off after the first two weeks, but we still had the egos.

In matric there was the one time we ruined a student teacher’s day – I still think about it sometimes.

So, one of my good friends at the time, Bean (his surname) sat next to me in the LO (life orientation) class, and two other friends sat right behind us. Needless to say, us trouble-makers sat at the back of the class. We didn’t have any work to do, and a student-teacher was assigned to babysit us. Bean always had money with him, we said that we were craving chocolate.

Bean couldn’t go to the tuck shop during class times without a letter from the teacher giving permission. So, I said that he should go to the student-teacher (she obviously didn’t know us) and tell her that he has diabetes and that his blood sugar levels were low and he needed to go buy sweets. That poor woman fell for the story and Bean came back with four chocolates. She saw him handing us the chocolates and knew she had been bamboozled.

A few days later one of those ladies and I were sent around the school to give stuff to teachers (I don’t remember what). She said that she craved chocolate and had money with her. The only problem was that we didn’t have a permission slip. She said that we could ask the one CAT teacher (not mine) because that guy gave zero fucks and would write the letter for her.

We went to his class and asked for the letter (saying that he would get a sweet or something as well). Then he said he can’t write us a letter, because a student-teacher wrote a letter for a learner for no good reason and was crapped on by the vice-principal.

Yeah – I felt like crap after hearing that. I’m really always the instigator. We apologised to the student-teacher. 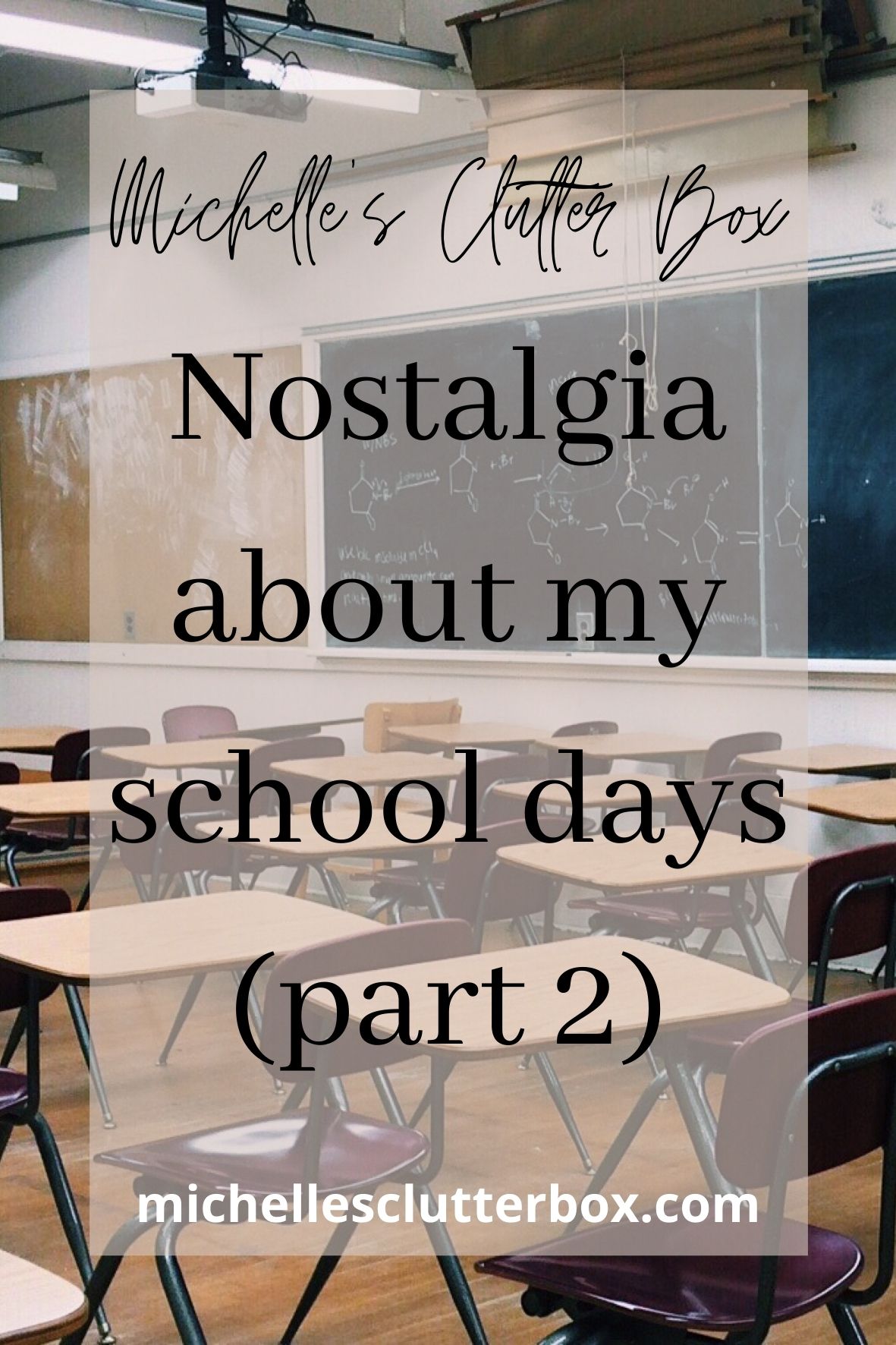 I was a huge nerd in school, as stated in the previous post, and I did well in matric. Strangely, for someone who loves writing and is creative, I did very well in accounting. I think I got 92% percent (or thereabout) as my final result. My poor parents then had to make peace with the fact that I didn’t want to become an accountant. Anyway, we had some fun in almost every class (except Math).

In the Afrikaans class, I sat right at the back between two of the coolest people. I’m still friends with both of these ladies. It’s kind of funny, they’re both a little quirky. Neither of them says the other one’s name correctly, and seeing as they have been friends forever, I find it hilarious.

My favourite subject was English – obviously. We did Romeo and Juliet and I loved it, well, up until Mercutio died. He was my favourite character. I had the same English teacher from grade eight until matric. Don’t get me wrong, I liked her, but a bit of variety would have been nice. She loved class tests. When you got into her class and she said “Get yourself a clean piece of paper” you knew that you were going to write a class test.

Something you may not have known is that I met my current boyfriend in high school (although we didn’t date back then). Also, his mom was my CAT (computer application technology) teacher, and we were in the same science class. Funny how life turns out (and I am very thankful for it).

Let me just begin by saying that I know absolutely nothing about computers. It’s kind of ironic of me saying that because I won the book prize for this subject. When I told my mom that I won it, the conversation went like this:

Mom: Congratulations! For which subject?

Me: It’s to do with computers.

Mom: Stop being silly, for which subject did you really get it?

Science was the only class that I had with my best friend at that stage, Megan. We sat at the back of the class, so needless to say, we didn’t pay much attention. The thing is, we kept distracting each other; which wasn’t very difficult seeing as Science wasn’t very interesting to us.

For all the non-South African readers, Life Orientation is a subject about AIDS, sex, drugs, and feelings. It was kind of a pain in the butt to do LO assignments but the tests and exams were great because you didn’t really have to study for them. It was my absolute favourite subject because honestly, we didn’t do much in class and it was taught by my favourite teacher. This period was usually used to copy homework, but we also had some really interesting conversations. It would usually start off with something serious and then somehow, we’d end up telling jokes.

School was kind of awesome; too bad I realized it too late.

Nostalgia about my school days (part 1)