It was Christmas yesterday, so I hope you have recovered somewhat from overeating and arguing with distant relatives. Now we enter that awkward week between Christmas and New Year. A week where you don’t know who you are or what you’re supposed to do.

Another year, another Star Wars movie

Let’s get to the actual topic of the post, the new Star Wars movie. It came out about a week ago, and the reviews are harsh so far. A lot of people shat on this movie. Last Friday I watched the movie (opening day here in South Africa) and initially, I thought it was okay. However, the more I think about it, the more I am disappointed in it.

This movie is supposed to be the culmination of the Star Wars trilogy of trilogies, and because of that, I was expecting something a little more … What’s the word? Diabolical? I expected something more diabolical and a lot more surprises. That didn’t happen. I say this because the trailers sold something else than what we actually got. Don’t get me wrong, it’s not a bad movie, but it could have been better.

Warning: Spoilers up ahead. And to make it worse, here’s the trailer.

The basic plotline of this movie is that there is a broadcast from the Palpatine (the fallen emperor for Luke Skywalker’s glory days) across the entire galaxy. Kylo Ren finds Palpatine on the remote/secret planet Exegol. It turns out that Palpatine was behind the First Order from the start and lured Kylo to the dark side. He also has a massive army of Star Destroyers and troops on the planet. Palpatine instructs Kylo to find Rey and kill her.

Rey, in the meanwhile, is still undergoing Jedi training under Princess Leia (more accurately, General Leia). Rey’s partners in rebellion, Fin and Poe, get information from a spy in the First Order. They learn that Palpatine is back. Obviously, they want to find and kill him. Since Exegol is remote/secret the only way to locate the planet is with the use of a sith wayfinder – and most of the movie revolves around them trying to locate one.

Basically, Kylo Ren wants to find Rey (but not kill her, he wants to rule the galaxy with her), and Rey wants to kill Palpatine. Along the way, we meet another quirky droid, old friends (Lando Calrissian), and make new friends (Zorii Bliss). There are jumps to hyperspace, lightsabre battles and a happy (?) ending. Kylo/ Ben Solo finds his way back on to the path of righteousness, and Rey defeats Palpatine. That’s making a long story short. 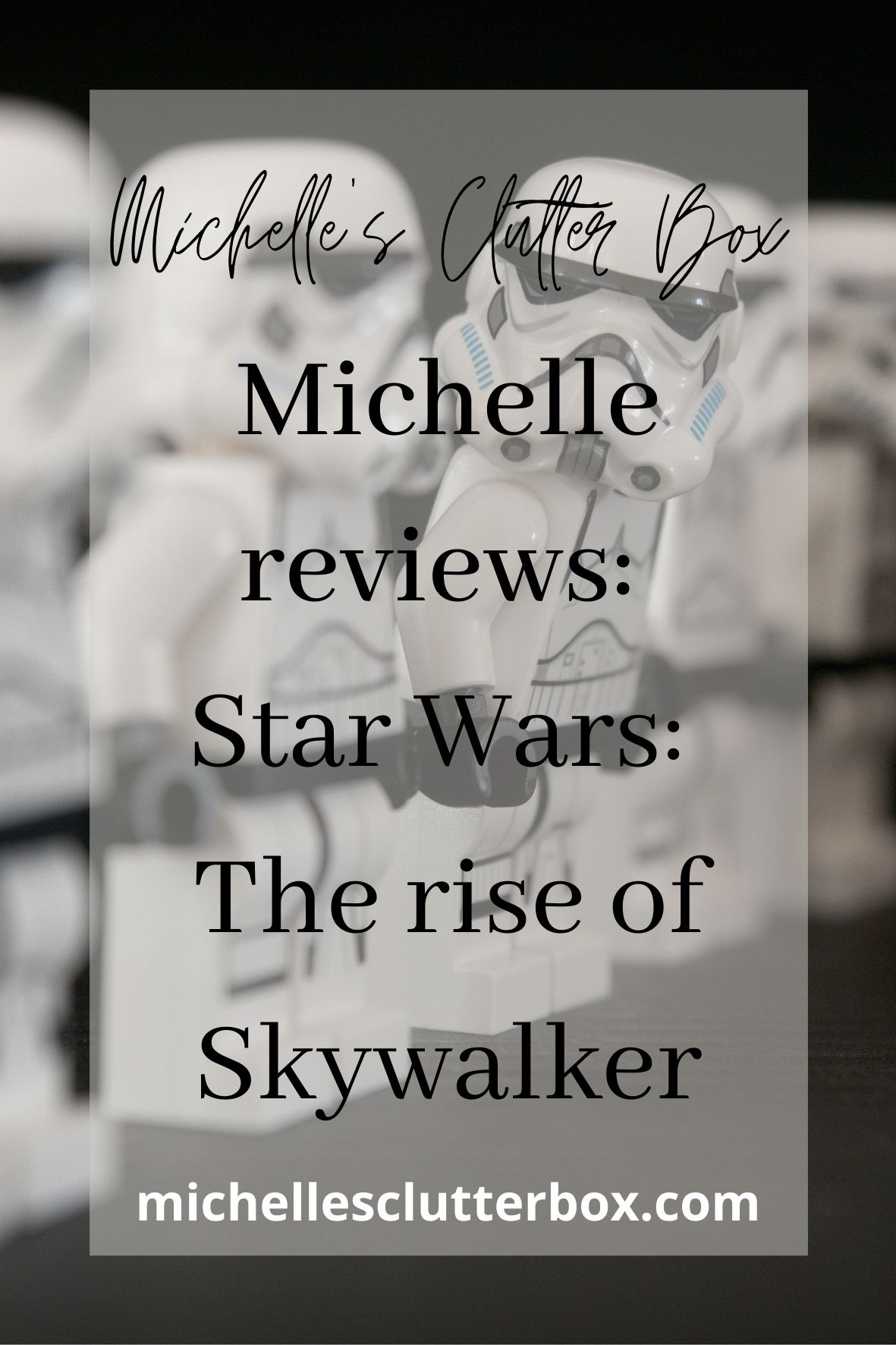 What I would have liked

Also, one fan theory video predicted that Rey was Palpatine’s granddaughter. I was kind of disappointed that this was true. I wanted her to be descended from someone else – like another Jedi knight (because I secretly want another spin-off series).

Also, seeing as Rey comes to the realisation of who she is, I would have liked to have more context for her parents. What was Palpatine’s beef with them? Were they on the dark side and then decide to turn to the light? You as the viewer can only speculate.

Kylo Ren/ Ben Solo turned to the light side a bit quickly – I would have liked to see a bit more of a conflict in him over that. I guess I was just looking for more shock and awe – like an idiot.

Quite frankly, the movie skims over a lot of the storyline and character development, and the story moves very quickly. I would rather let them have had fewer characters (each with their own backstory) so that the pace of the movie could have been more reasonable.

Also, it’s only when Kylo Ren/Ben gives up his life for Rey is there any real love interest storyline in the movie. I expected more on that front. A movie without any love interests is fine, but why was it set up in episodes 7 and 8? For instance, remember Fin and Rose’s chemistry in the previous movie? I expected them to look like a couple. Then there’s that chick, Jannah, near the end of the movie? What was that? Was that supposed to be portrayed as some kind of a love interest? It’s all very confusing. The only consistent chemistry is between Fin and Poe – Rise of Skywalker: The Bromance continues.

Yeah, those were the things that stood out for me.

Again, the movie wasn’t bad. It was just kind of meh, you know? I’m not mad at Lucasfilms (yet). I will be livid if they screw up The Mandalorian. (Don’t you dare kill off Baby Yoda)

What did you think of the movie? Contact details below.

Watching television with my mom