I do karate and let me tell you, once a month I am very concerned that I might get a crimson spot on that white karate suit. I don’t do the sport professionally. So the discomfort that I feel is only for about 3 – 4 hours that week. However, I cannot imagine what it feels like to be a professional sportswoman and have to deal with periods while competing. So, I did a bit of research on how women in sports deal with periods. I guess I wasn’t too surprised.

Why is this an issue?

Firstly, according to a study, about half of women have skipped a workout because they were on their periods.¹ Girls who do sport may also be discouraged because they are afraid that they’ll get their periods. This is already something to be concerned about because sport and exercising bring a lot of physical and emotional benefits.

Also, when one looks at competitive sport, there are so things that even out the playing field, but periods are not taken into consideration. For example, in karate, we fight according to weight categories. So, if you’re on your period your body is losing blood (although not much, most of it is mucus) and you have to deal with the fatigue and other side effects as well. All of these influence your performance. Even if it only affects your performance by 1 to 5% – that is what could separate you from your gold medal and financial gain.

But I’m getting ahead of myself.

Does it really affect your performance?

If you’ve ever had a period you know how you feel when you have it, and that might not be what you want when you’re competing. Obviously, not everyone is affected the same by periods, but some women do not suffer fatigue, cramps, mood swings, or any other the other negative symptoms, and that’s great if you’re a female athlete.2, 3

Periods don’t only affect you during the actual competition but also your training in preparation for the competitions.2 There are certain times in a women’s cycle when they are more likely to get injuries – this would be the first half of a woman’s cycle – the study specifically looked at the likeliness of ACL injuries4.

However, that was just one study, there is no conclusive proof that a woman’s athletic performance decreases at any specific stage of her cycle. It seems like it’s all just luck4. I will say that I think for most women, at least those that I’ve spoken to at the karate also say that their period affects their performance. 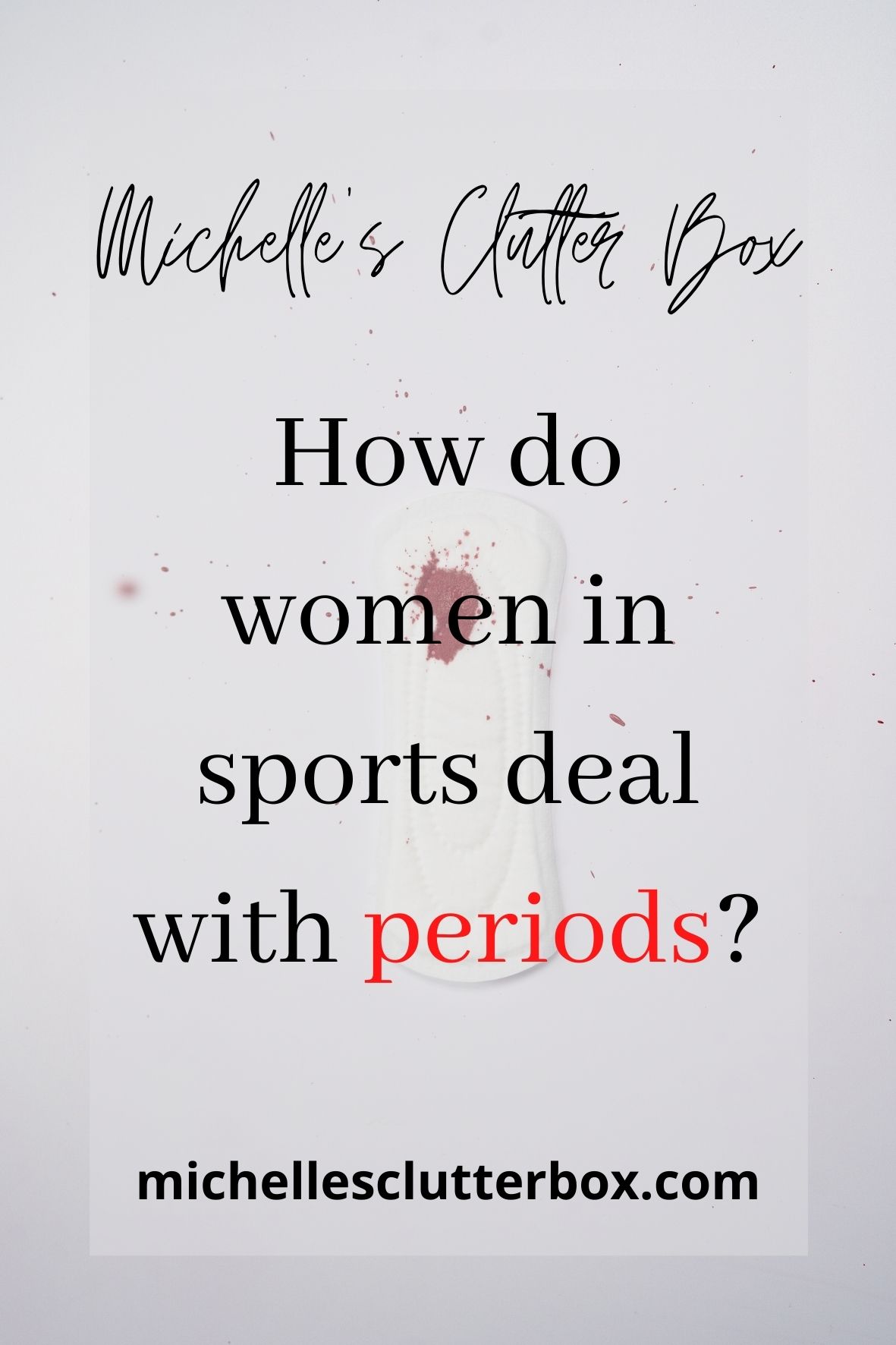 How do athletes deal with it?

Well, there are numerous ways of dealing with periods if you’re a female athlete.

Some lose it altogether

Some female athletes lose their periods all together because they are too thin, or exercise too excessively or intensely. Usually, they also do not eat enough food to support a period as well as the sport, so the body adapts and stops the period to prevent further energy loss. This is a sign to either eat more or take the exercise down a notch4.

Switch off your period on purpose

Did you know you can manipulate your period to stop altogether for a time frame? It’s quite simple to switch off a period. You can do it by changing the way you use the pill or the ring. With the pill, you’ll just skip the sugar pills and go straight to the next pack. When using the ring you’ll change the ring on the same day every month, and in that way, you’ll skip your period 4.

There are many advantages to switching off your period. You avoid PMS and period symptoms such as cramps. At the same time, you’ll have a lower risk of injuries. You also won’t have to deal with feminine products that may be uncomfortable. You also reduce the chances of having an iron deficiency during that time, which means that there will be more oxygen going to your muscles 4.

Contrary to common belief, turning your period off as mentioned above is safe, it may just seem weird4.

Some just deal with it

Some sportswomen don’t let their deter them and just use tampons to deal with it. It’s also important to just remain focused on your goal, according to some athletes4 What to do when you’re on your period and you need to compete? Others just take pain killers, even in advance, and deal with it in that way.³

Kiran Gandhi, a runner, ran the 2015 London marathon while she was on her period but didn’t use any products to cover it up. She thought that it would be uncomfortable and influence her performance. She just bled openly4. You go, girl!

You can also prepare for your period in certain ways like eating food that gives off more energy.¹

A lot of women in sport have their periods monitored. It can be by a coach or instructor, or even the sport’s governing body. Tracking one’s period means that you can alter your training schedule at different points in your cycle. They do this to try and prevent injuries.³

There are a few apps that you can use to track your period. In addition, some help you specifically with your training during the specific points in your cycle. One of these is FitRWoman. It helps female athletes (professional or otherwise) on how to better train when on their periods. For instance, they give nutritional advice, like which kinds of foods to eat in different phases, and which types of exercises would be better.¹

Although a lot of women avoid exercising during their periods, exercising can actually reduce pain and cramps.¹ But again, all women are different.

Let’s talk about it

Some female athletes have spoken openly about their periods and how it affects their performance, and I commend that. For example, after Fu Yuanhui (a Chinese swimmer in the 2016 Rio Olympics) took part in a race and admitted that her period started the previous evening.²

It’s so important to talk about this thing that affects half the population. I think it’s silly that there’s still this huge taboo. If it wasn’t for periods none of us would be here. (Side note: if guys complain about periods, I just think “grow the hell up”. You can’t handle a bit of blood, then don’t even think about having a kid. That thing will pee, poo and puke on you like it’s nobody’s business.)

There are campaigns like Always’ #LikeAGirl campaign. This campaign encourages girls to continue in their sports and not let periods make them stop.²

Well, the saying “blood, sweat, and tears” now has a new meaning for me.

What do you think? Do you think female athletes and the sports world should be more open about the effects of periods on sports? Let me know – contact details below.