My first thought as I walked out of the ‘Joker’ cinema was: “Holy f#@k, that was depressing”. In hindsight, it was a good film, but I won’t watch it again.

Before I get into the details of the film, please be aware that there are spoilers ahead. That’s assuming you are one of the three people who have not seen the film yet.

The movie is set in 1981 in Gotham City. Everything is quite bleak. This is especially since there is a garbage strike, and with the garbage everywhere in the streets, rats are becoming a problem.

The story follows the life of Arthur Fleck who is a professional clown. But his dream is to be a stand-up comedian. Unfortunately, this dream seems out of reach because he is struggling financially and with his mental health.

As he is at work one day, promoting a ‘going out of business’- sale, a couple of kids steel his promotional sign. He then runs after them. He finds them in an alley and they break the sign over his head and then beat and kick him. After this, a colleague gives him a gun to protect himself. It seems like this is the catalyst for everything that happens afterward.

Arthur keeps the gun with him at all times after that. He takes it with him when he goes to a children’s hospital to cheer the kids up, but the gun accidentally falls out for the kids to see. He was fired after that incident. On his way home on the subway, he encounters a couple of unruly guys. He has this strange habit of laughing at inappropriate times, but it is a mental defect and he can’t control it.

These guys think he’s a weirdo and start to push him around and then Arthur shoots one of them. He proceeds to shoot all of them and then walks away. No one can clearly identify him as he was still in clown makeup.

The story of the killings is broadcast on every news channel. In this way, Arthur and his clown costume become a symbol of the revolt against those in charge in the city.

The plot thickens – an illegitimate child?

There is also the side story of Arthur’s mother, Penny. Because they are struggling financially, she wrote to Thomas Wayne – you guessed it, Batman’s dad.

Penny had worked for the Wayne family for 30 years, and therefore it seems fit to ask them for help. However, she never gets a reply from them.

As the viewer, you see a part of the letter and it reads “your son and I need your help.” Penny was a beautiful woman in her younger days and the suggestion is made that Penny and Wayne had a sexual relationship. However, Wayne denies the claim when Arthur confronts him about it. Wayne states that Penny was out of her mind and made the whole thing up. Arthur finds out that his mother was in a mental institution and he was adopted and abused by Penny.

The possibility that Penny made the whole thing about having a relationship with Wayne (and ended up believing it) is not impossible. It is also possible that they did have a relationship and when she fell pregnant Wayne said that she was crazy and had her locked up in a mental institution – rich people can get away with anything, as has been aptly communicated in the film.

I tend to believe the latter because later in the movie you see a photo of Penny with the words “Love your smile, TW” at the back. You as the viewer assumes that TW stands for Thomas Wayne. It would make the whole Joker Batman paradigm so much more interesting – please DC, don’t let me down (again …). 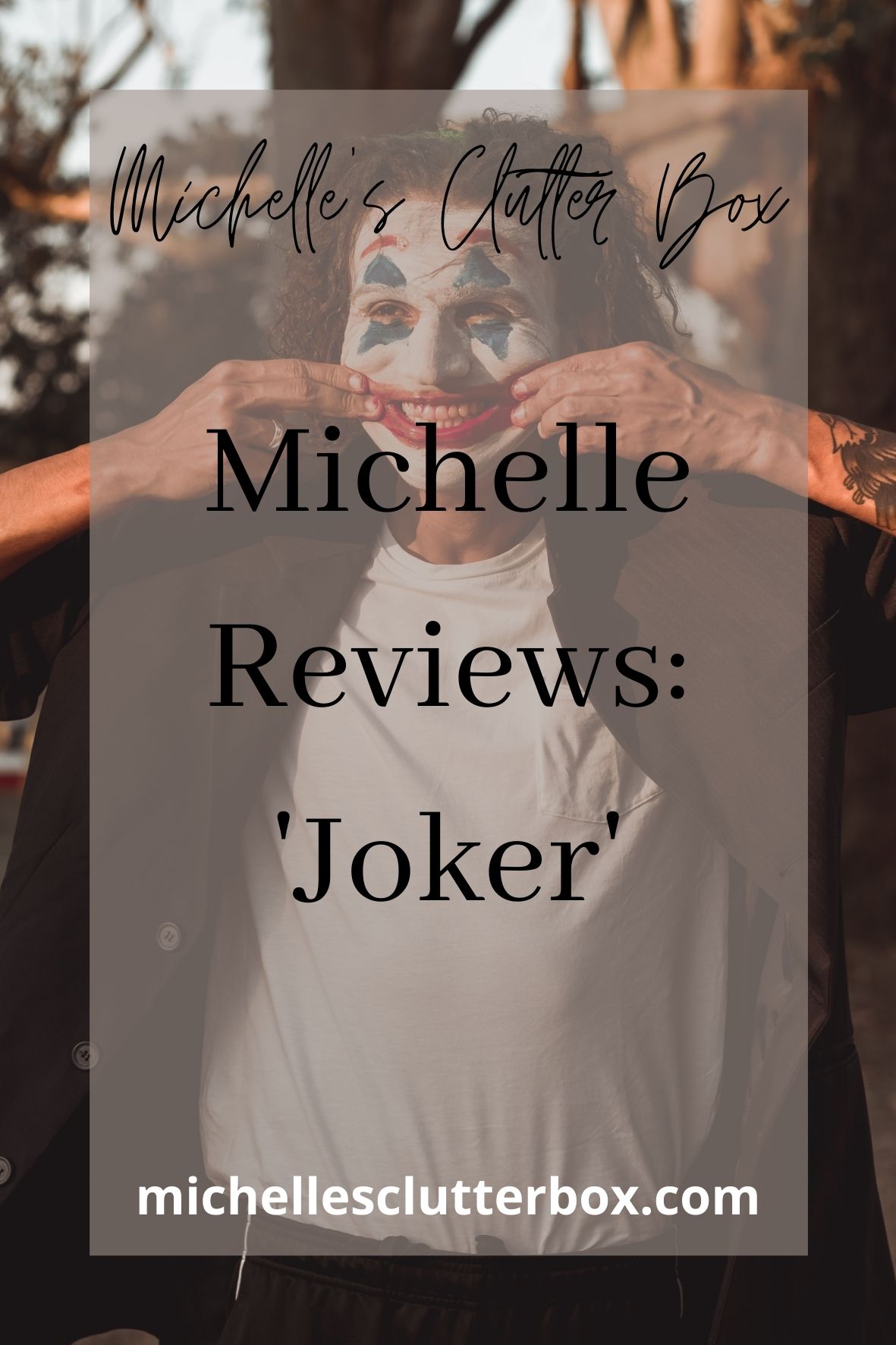 As I said, the movie is quite depressing, but what I do like is the way that the topic of mental health is dealt with because it was close to reality.

Mental health, especially the mental health of the poor, is seen as a secondary concern if it is addressed at all. Arthur tried to get help, and what he got was seemingly not that much. It gets worse when the funding for his counseling is cut. That also contributes to the route he goes down from there (which includes killing someone on live television).

The movie depicts how the city does is struggling just to remove garbage from the streets, and in those circumstances, who cares about a couple of crazies. The city is meant to have priorities and those in need are not at the top of the list. The same is true here in South Africa. We have so many problems (too many to list here), mental health is constantly taking a backseat.

Not to mention the stigma attached to those who suffer from mental illness. People, in general, don’t understand it, and when people don’t understand something, they are afraid of it. Also, people are mean. The movie illustrates how Arthur is just a guy (an unconventional character, I’ll admit) but he tries to make people laugh, but then people are so rude to him. People are the worst.

There is one point in the film, I think it was where he was talking about taking all this medication and he says, “I just don’t want to feel so bad anymore”. I think everyone feels like that sometimes during their lives, but I can ‘t imagine feeling like that all the time.

Arthur is depicted as a character on the periphery. He is outcast and generally struggles to relate to people, mostly because of his mental illness. You see that he has often felt unwanted: he was adopted (allegedly); as a child his mother and partners abused him; then he finds out that his (alleged) biological father will not even admit that he is his, or that there were any relations between him and his mom.

He wears a figurative mask (by dressing up as a clown/jester) but that mask allows him to be who he really is – even if that is evil, it is still freeing for him.

He was invisible, but through his heinous crimes he becomes seen, but not only that, he becomes an idol. Arthur becomes this icon of the violent rebellion, and nobody knows it’s him, until a bit later. He finds the fame and recognition that he had wanted his whole life.

From a South African perspective, people tend to forget or ignore an issue that affects the poorest of the poor, until violence ensues – it is only then that action is taken. It’s wrong, but I can understand it.

Regarding the casting choice for Joker, I think they were spot on with Joaquin Phoenix. He embodies this character so perfectly. There’s not a moment that you do not believe that he is the Joker.

Also, since you may not agree with my semi-meh-attitude about the Joker, feel free to read this article.

The ‘Joker’ is no joke – it’s food for thought.