I’ll be honest, I wanted to write a post about crypto-gaming, because I have a friend that plays it, and he’s making money out of it, so I wanted to know more. However, as I started my research, I kept seeing the same term, ‘blockchain’, and I thought, “What the heck is blockchain?”

To make a long story short, I first had to research blockchain – which is fascinating by the way, and in the next “I learnt a thing” I’ll write about crypto-gaming. Deal?

Blockchain is basically “record-keeping technology”1 and is what the Bitcoin network (and other crypto-currencies) uses in its operations. How it works is that data (blocks) are stored in a database which is in the public domain, on a whole network of computers (chain)2. See, the name explains it.

These ‘blocks’ store mainly three different types of information. Firstly, it stores transaction data (time and date, amount). Secondly, it stores information about who was involved in the transaction. Here you would have a ‘digital signature’ (almost like a username)1 which ensures that your actual private information (surname, ID number, etc) is not used when making a purchase. Thirdly, the block also stores information that makes it unique – almost like a name for it, so there can be a differentiation between the different blocks.1

After a block has been added to the blockchain it is in the public domain and anyone can view it.1,2

In short, the blockchain records information and it can be viewed by the public or users, but the data cannot be edited.1,2

This then brings into question the matters of hacking and privacy.

Some people connect their personal computers as nodes to the blockchain network. By doing that they will have a copy of the entire blockchain – depending on the type of cryptocurrency, there could be thousands to millions of copies of the blockchain.1,2

Also, new blocks are added chronologically and linearly (at the end of the chain). And remember, each block stores the hash of the block before it. It is quite difficult to alter the information of a block once it has been added to the chain, but if it were to be altered (let’s say, by a hacker), the hash of the block changes as well. To go unnoticed, the hacker would have to change the hash that was stored in the block next to it, and the one next to that, etc. It doesn’t seem like anyone has the time or patience to change millions of hashes.1,2

Changing millions of hashes is difficult, but hackers would also have to manipulate all the copies of the blockchain on the different nodes. This is why decentralisation is seen as such a great benefit of blockchain networks. This concept is called ‘decentralised ledger’.1

However, if there were copies of the blockchain that differed, a process named “consensus” would be used. It entails that the longest blockchain that exists will be the most trusted one.1

In terms of privacy, the blockchain is open for the public to view, however, the public only sees the usernames (which are very long, FYI) or digital signature, but they don’t have access to “identifying information” of the people making the transactions. Thus, what you do on the blockchain is not anonymous as such.1,2 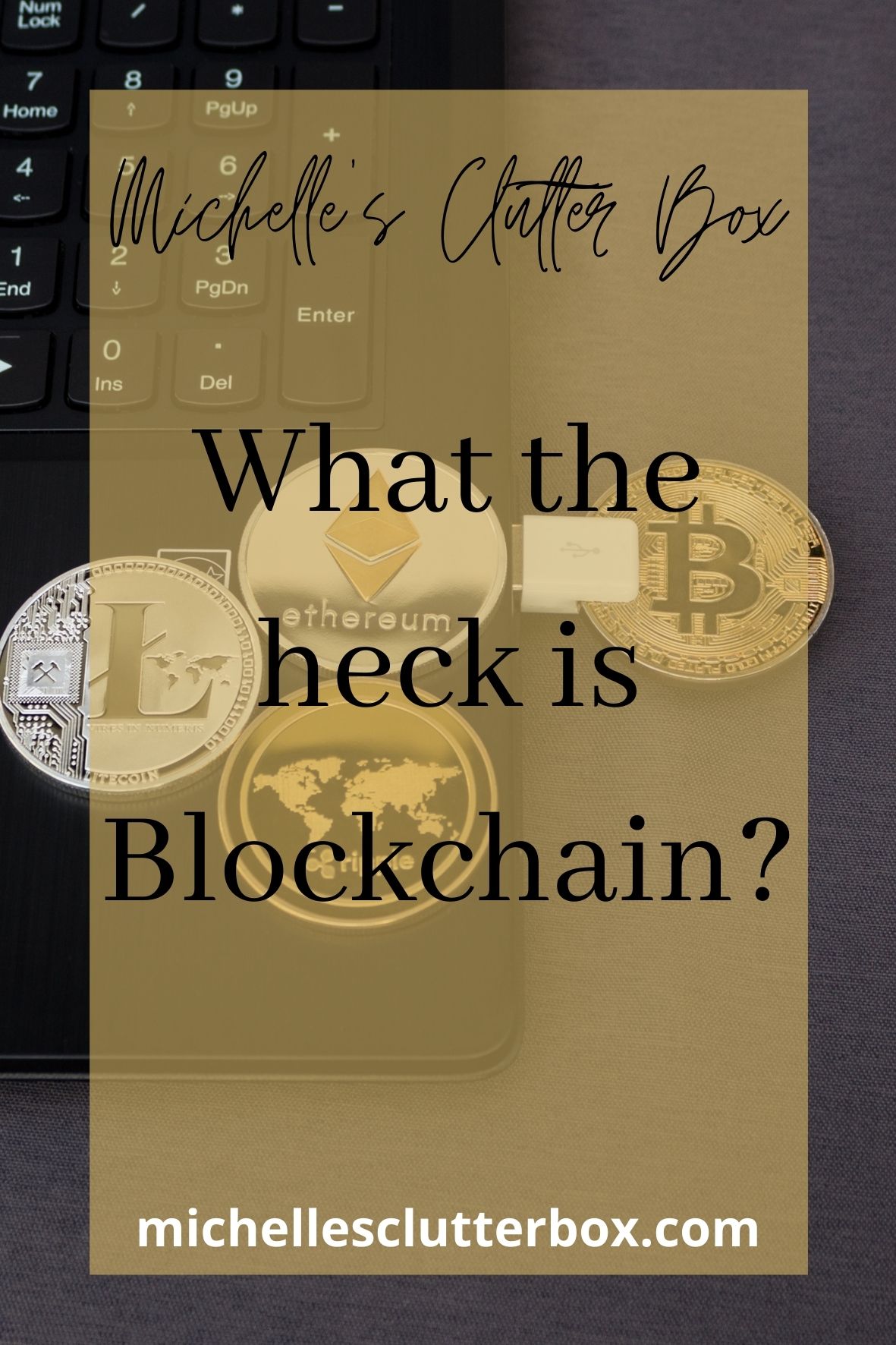 Blockchain is an anarchist’s wet dream because it is decentralised.

Because there is no central authority, there are also no transaction costs. The only costs you may incur are those of keeping your computer running and internet bill.2

I’ve written about blockchain only in the context of cryptocurrency, but blockchain technology can also be used in many other contexts where large amounts of data need to be stored and have to be reliable – as in, they should not be manipulated. Let’s say for example with votes in an election.1,2

Blockchain networks also use something called smart contracts, which are used to facilitate an agreement or contract, if you will. So, the users set up the conditions for the transaction and that is programmed into the smart contract. Only when those criteria are met, will the transaction agreed upon, take place.1,2 For example, you say you will give me X amount of money for the exclusive content of my blog. If I fail to give you the access code to the content, the smart contract will refund your money automatically. If you fail to pay the money, you don’t get the access code.

Blockchain has a lot of benefits. As discussed, it’s decentralised, so you cut out the middleman in transactions and save money. Secondly, it is transparent because anyone can look at the transaction history. Thirdly, it’s secure (in theory, anything is possible) because it’s difficult to hack.1,2

Then there are the drawbacks. First of all, since blockchain is prevalent in crypto-currency it has gotten a bad rep because of terrorism. As you know, terrorists mostly use crypto-currency in their dealings, the most popular one being Bitcoin. Secondly, massive computing power is needed to keep a blockchain alive and well – therefore blockchain is not as efficient as it could be when one looks at transactions per second.1

I’m not tech-savvy, so I may have made some factual errors in the text by the way I phrased it. I may have misunderstood what I read and then written inaccuracies. If you do spot anything off, you’re welcome to let me know so that I can fix it.

I certainly learned a lot from writing this post, and I hope you did too by reading it. You’re welcome to give me suggestions on topics you would like me to write about – contact details below.

I mostly used these sources:

A guide to a woman’s heart