ThatThis week I’m asking, what the heck is crypto-gaming? In short, it’s something you can make money with while you’re in isolation at home because the world is seemingly ending.

Last time on “I learnt a thing” I wrote about Blockchain. If you don’t know what it is, it would be useful to first read that post and then return to this one. I’m diving into crypto-gaming because I have a friend that engages a lot with it and he has made a fair amount of money from it. It was only when I found out about the financial aspect that I became interested in what it was.

In short and simple terms, crypto-games allow you to make crypto-currency by collecting in-game items, and trading or selling those. These games are usually decentralised and work on a blockchain, and of course, they entail using crypto-currency to either play a game or trade items. Most crypto games work with the cryptocurrency, Ether (ETH).¹

How does it work?

At this stage, you know what blockchain is. Crypto-gaming entails games that run all or some of its operations on a blockchain.

A game can also be semi-decentralised, which is referred to as a hybrid game. These are games that use blockchain for one or more components of the game, but the rest runs like a traditional game. For example, the game itself might not run on a blockchain, but the financial side like the collected items that are stored and transactions take place on the blockchain.²

How do I make money off this crap?

As stated, in these games you can collect items of value, such as picking up an object or item and then selling that item on a secondary market for Ether. Obviously, the rarer the item, the more money you’ll get for it. With the Ether you made on the secondary market, you can buy stuff on the internet.¹

There are a few ways in which you can collect items or assets: Low-value items can be given away in games. They can motivate players to play a certain game. Some of the items used in a game can be sold on market places before the game has even launched. Thirdly, you can also get items by playing a game. This requires your precious time and skill.³ You can get token, coins, or items as rewards for winning a round, stage or competition in the game, or even just completing a specific task.² These can then be used to purchase items or the items can be sold. 4

Enjin items can be melted down and you can claim the tokens that the items are worth. However, once an item has been melted, it cannot be restored, it’s gone.¹

These in-game assets are stored on public blockchains. This whole process is made possible by nonfungible tokens.¹

Non-fungible tokens (NFT) entails assets that are on the blockchain, this can be any item that is found in-game.²

Fungible tokens, on the other hand, are pieces of cryptocurrency that can be divided and identical tokens can be made. It’s basically like how you can split up R100 into 2 R50s or 10 R10s etc. they all still have the same value, but it’s just split up into different amount which adds up to the same.²

Not all types of tokens or items are compatible with all wallets, so make sure before you try to send an item or token to a wallet, in case you might lose them.²

You may be wondering, how do the companies that release and create these games make money? They charge you a fee when you use the blockchain to sell or buy an item or even to make moves in a game.²

What kind of games can you expect?

These crypto-games are competing with thousands of other games out there. So, for crypto-games to be successful, they have to be addictive … addictively fun, that is.¹

Many crypto-games are quite simplistic. Take CryptoKitties of example. In the game, you buy cats, raise them, and then you can decide to sell them. As with real cats, you can breed your cat with the cat of another user to create a new kind of cat. Your cat’s value will go up and down, it all depends on the current market.5

There are games similar to Pokemon to try out (CryptoBots, Ethermons, Chain Monsters). You can train and fight creatures, even enhance them. Of course, you can sell and trade them as well.5

A lot of crypto-games have been nostalgic games from the eighties, which are very easy to play and have simple graphics. However, this is changing, as gamers want more than just nostalgia, but games that will be able to compete with traditional gaming companies and their structures.¹

For example, Gods Unchained (the crypto-game) is very much like the card game Magic: The Gathering. The player needs to collect cards and play with them. That then owns the cards, and they are stored in their digital wallets as unique nonfungible tokens. He or she can also choose to sell a card. The rarer the card is the more you’re likely to get for it.¹

There is also Enginverse which consists of multiple games. The cool thing here is that you can use and move your items among the games that form part of the Enjinverse.¹ 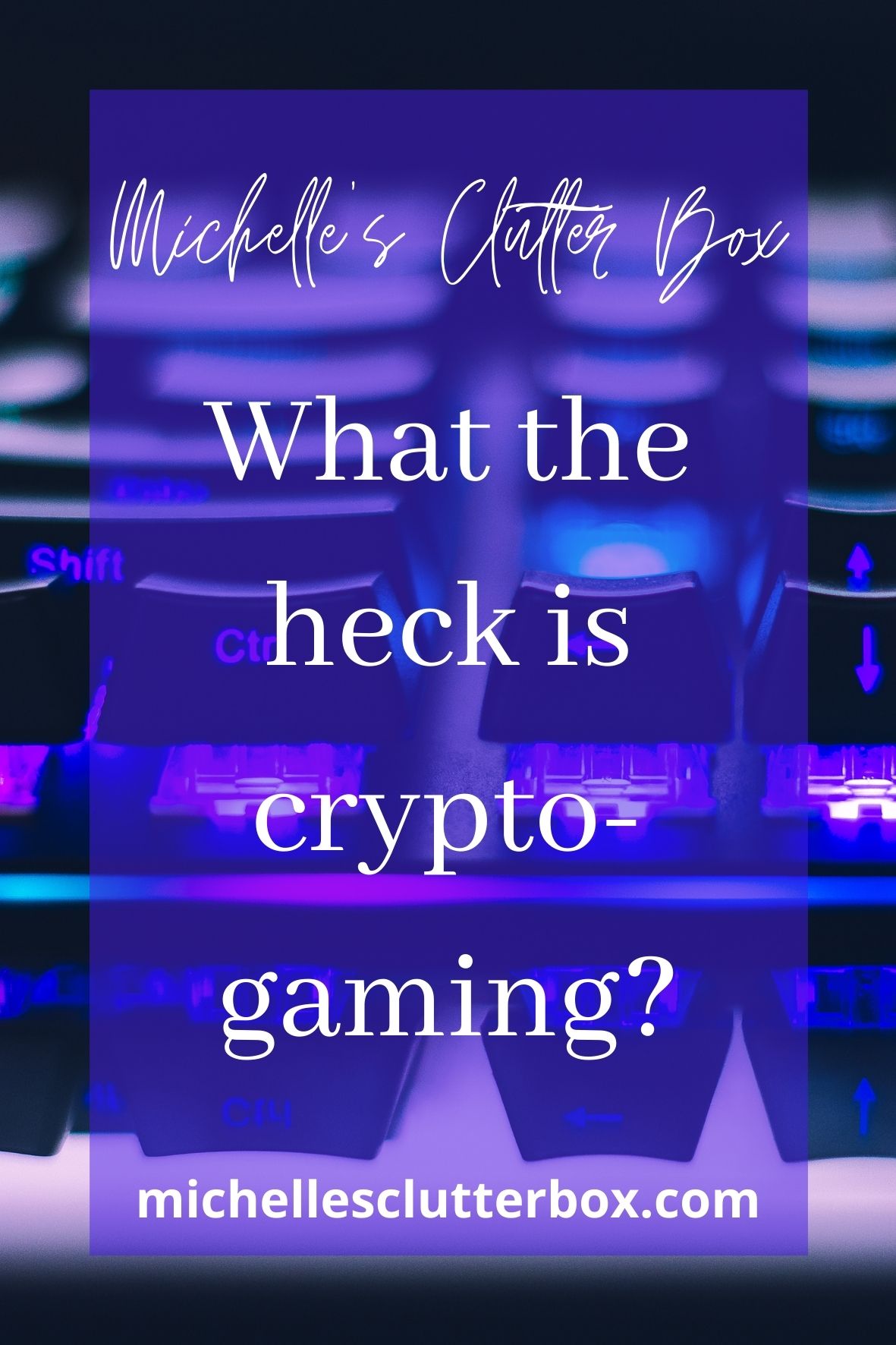 The market for crypto-gaming

Game developers want to draw new people (non-gamers) into the world of crypto-gaming.¹ However, I’m a bit sceptical. Yeah, there’s a massive market of people who play mind-numbing games like Candy Crush and Angry Birds on their phones and tablets but do they have the technical know-how to engage in crypto-gaming.

People who are already into games (gamers) are a much better market because they usually know the tech already, and most probably have a good internet connection.¹

How to get started

The wallet allows you to take your traditional hard-earned cash and convert it to cryptocurrency. The type of wallet you choose will also depend on your country’s currency and which wallet supports that.5

Once you have your wallet set up, you’ll have to decide which game to play.5 In some games, you have to first make some kind of investment into the game by for example buying a character or item before you can start playing the game. But a lot of games allow you to play for free and then you can start earning items or cryptocurrency.²

What’s cool about crypto-games is that players own the in-game assets that they earned and it offers a safe platform to store, trade, and sell items.5

It also entails safer transactions through the use of smart contracts. A smart contract is a program that runs when you exchange anything with a specific value on the blockchain. It’s there to cut out the middleman. If you and someone else decided to engage in interaction and a smart contract is created, it cannot be changed or reversed. All the conditions of the contract have to be executed for the smart contract to go through and complete the transaction.²

To sum up, crypto-games benefit the players themselves greatly, because they have ownership of the items that they collect, it’s decentralised with safer transactions, and less censorship – you can imagine how great that is in countries with more censorship.³

Unfortunately, there are also a few drawbacks to crypto-gaming. The biggest problem is speed. Time is money as they say, and crypto-games are slow. Most gamers want quality games and speed as to have the best gaming experience. For this reason, a lot of crypto-games mainly entail creating and trading specific assets, because it takes less computing power, like CryptoKitties as mentioned.³

Also, there are so many technicalities one has to go through to set up your crypto gaming experience, so it’s difficult if you’re not that tech-savvy.³

In addition, it can be expensive to play, especially considering you sometimes have to pay for every move you make. Some games are free to play though.³

Lastly, the technology can’t keep up. Thus far it’s just not possible to have millions of transactions go on a single blockchain. You’ll have to get a lot more hardware on board. If you don’t then the blockchain won’t be able to handle the load.³

Well, now I know what the heck crypto-gaming is. If I wasn’t so technologically disabled, I would have tried it myself.

I mostly used these sources: