It seems like these days conspiracy theories are everywhere, and about everything. I hate them and the people who subscribe to them. So, if you’re like me, let me enlighten you with a few humorous ways on how to deal with conspiracy theories (and getting crazy people out of your face).

What is it with people and conspiracy theories, anyway?

I think some people are so afraid that ‘everything is not as it seems’ and that somehow uncovering the ‘truth’ will make them feel better about themselves. On the other hand, I think some people are terrified that things are exactly as they seem, and that would be too boring for them, so they make up these theories. (I’m just thinking out loud here.)

I care very little for these theories, as stated. Even if they are true, what am I going to do about it? The earth is flat? Yeah, so how exactly does that affect me?

I firmly believe that the only way to beat ‘crazy’ is to ‘out-crazy’.

So, I’m going to give you a few go-to responses when someone comes to you with some of the major conspiracy theories. Yes, they are going to be crazy and I consciously made them that way.

Obviously, these responses are made-up and are not things that I believe myself (I can’t believe I have to say that).

When you start with your refutation of someone’s conspiracy theory, it’s a good idea to start with any of the following statements: 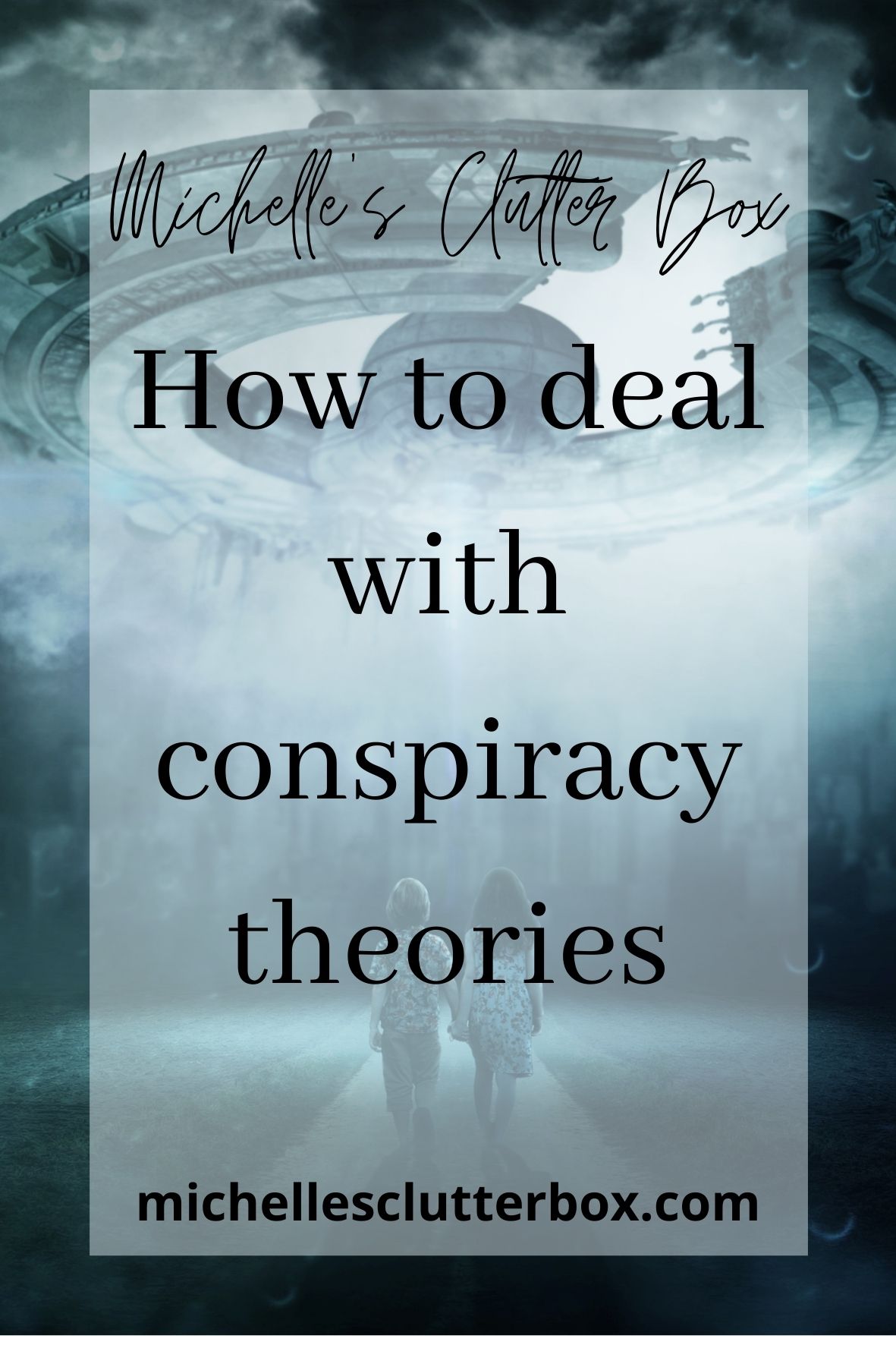 The earth is flat

Actually, the earth changes its form all the time. We don’t notice it because aliens are controlling it. They want to see which form will be the best before they strike and take over our bodies because they want the earth for themselves.

In fact, most of the people you know are aliens who have already taken over bodies and plan to overthrow the humanity and restore the earth to its former glory. Think about it! Why did they invest so much time building the pyramids and Stone Henge? They were marking their territory!

The moon landing was faked

You believe in the moon! Reality is a construct; the moon isn’t even real – it’s all in your mind! Remember The Matrix? That was a documentary, my friend. The makers know what’s really going on and we don’t.

That’s what the Communists want the western world to think! It’s their plan to weaken the western countries with childhood diseases so that they can strike us when we’re at our lowest.

5G Spreads COVID-19 and was made in a lab

Germs aren’t real; never has been. Illness is a social construct that was invented by corporate America to make money. The 5G waves manipulate your brain to think you’re sick so that you buy medication. You don’t know this, but all medication has small computer chips in them which track your movement and gives you craving to consume useless products.

Actually, the world is ruled by a small group of people called SCUM (Secret Corporation Uniting Millionaires). They are advanced human beings that communicate using their minds. That’s why it’s so difficult to track them down.

They are responsible for everything that happens here on earth. They film everything because ‘Earth’ is a very popular TV show around the galaxy and SCUM incites events so that the show gets renewed for more seasons. ‘Earth’ season 2020 has been the most-watched season of all time.

Have you ever noticed someone looking at you and once you looked, the person looked away? It’s because they’re part of SCUM and they’re trying to read your mind to see if you’re part of them too. Better start wearing those foil hats from now on.

Honestly, I don’t care if any of the major conspiracy theories are true; I’m just trying to get through 2020.

Anyway, what are some conspiracy theories that you hear often? How do you deal with it? Let me know in the comments.

My experience with spiders

How to deal with post-adrenaline blues