My weird dreams are something that I enjoy blogging about (see here, here, and here). I like to blog about my dreams so much that I’ve now come to part 3 of my adventures in dreamland.

Lately, it feels like my dreams have gotten weirder, but not necessarily in a bad way. You’ll see what I mean. I love seeing my boyfriend’s reaction when I tell him what I dreamt – especially when he was in the dream.

Let’s dive into the weirdness of my subconscious.

Johnny English has an identity crisis

I dreamt that people were having a paintball competition at my old high school, and suddenly it turned into a Johnny English slash mafia movie. We were running and driving away from bad guys throughout the dream.

Throughout the action, Johnny English was having an identity crisis. He was going to university the next year and was unsure of what he wanted to study. In the end, he decided that he wanted to work with horses.

A scavenger hunt with Deadpool

I dreamt that myself, Deadpool, and his best friend (the same guy from Silicon Valley) were on a scavenger hunt in the pyramids. We had to write what we saw to solve the puzzle at the end. At one stage there was a buffet table as a clue. Then we started stuffing our faces with this clue. The dream took a turn and the whole scenario turned into a cooking show.

I ditched my bride

So, we took over the wedding, the one that was meant for my bride and me, to marry my boyfriend. The morning of the wedding I realised that there were still a lot of things that had to be arranged, like food for the reception.

I dreamt that I switched places with another Michelle in the multiverse – one where I never met my boyfriend because they never moved to this town. I found him again, and we fell in love (again).

This was one of my coolest dreams, so much so, that I used it as the plot of a story competition entry.

In the other multiverse dream, I dreamt that my boyfriend and I got into a fight and I drove off in a huge 18-wheeler truck. Then it turned into a multiverse story dream. I passed through about three universes.

I wanted to go back and tell my boyfriend that I was sorry, but in that multiverse, the fight never happened. In that universe, my dog still lived and 9/11 never happened.

In the next universe, we were super rich, and a good friend was openly gay.

The last universe was the weirdest because everyone was lizards that loved gangster music.

One of my coolest dreams was the Locke & Key dream. What was weird and cool about it was that it was a third-person dream. There was a demon on the loose (because of one of my fellow black belts at the dojo). The demon possessed people and only came out if you put a special key in the possessed person’s mouth and unlocked it.

So, they had to figure out who was possessed, but we also couldn’t let it know that we were after it. There was also a weird love story between the man and the woman who were looking for the demon.

In the end, the demon was trapped in a teddy bear and burned.

Some kind of Taken shit

I dreamt that myself and a few other girls were in an Epstein Big Brother house. If we try to escape, they kill us. There were various challenges throughout, and at the end of each challenge the loser is killed by a violent killer.

Anyway, so that was the third instalment of ‘my weird dreams’. Let me know in the comments which one was your favourite. Or you can tell me about a weird dream you’ve had – I’d love to hear from you. 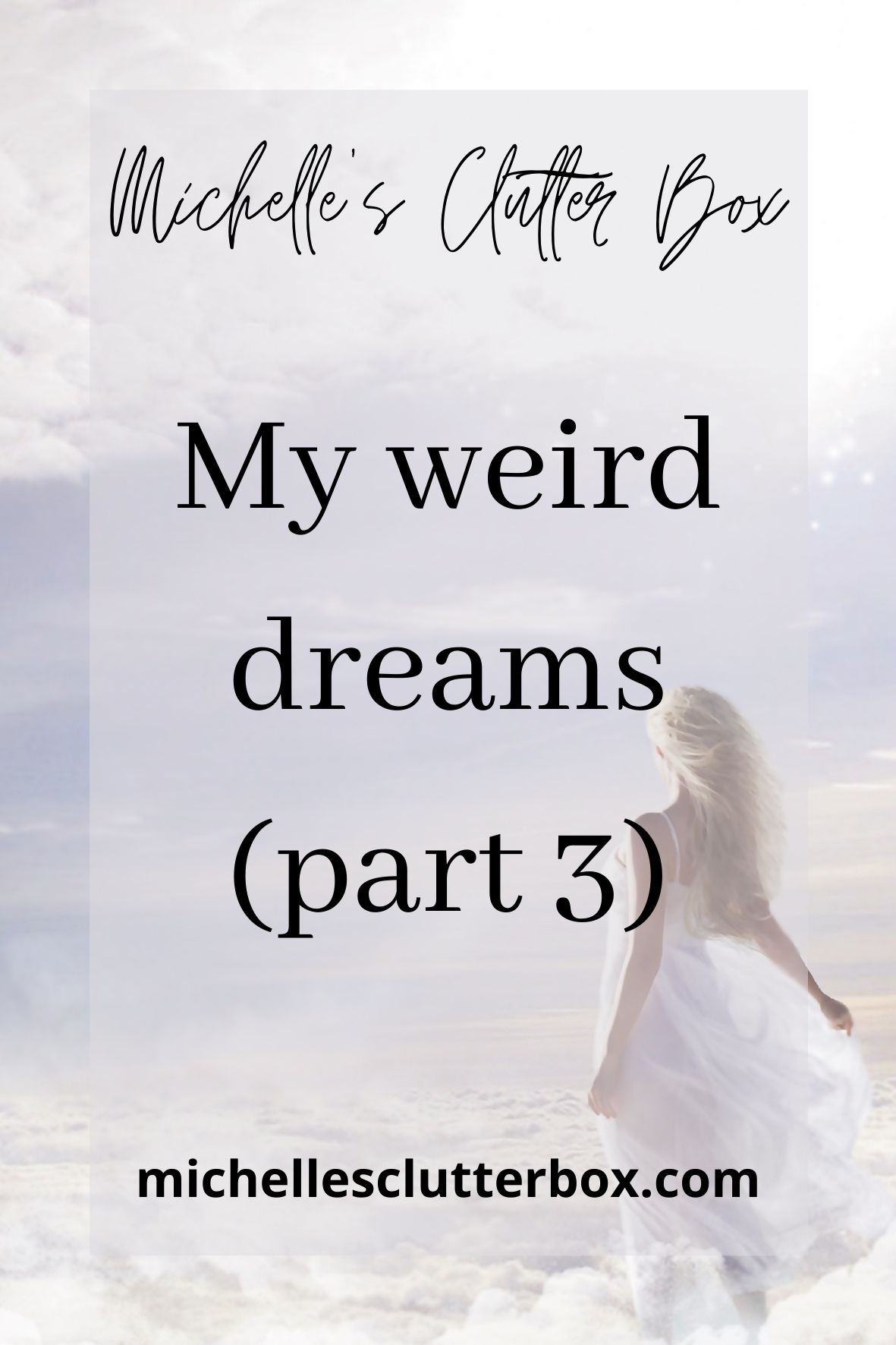 Why I hate horror movies